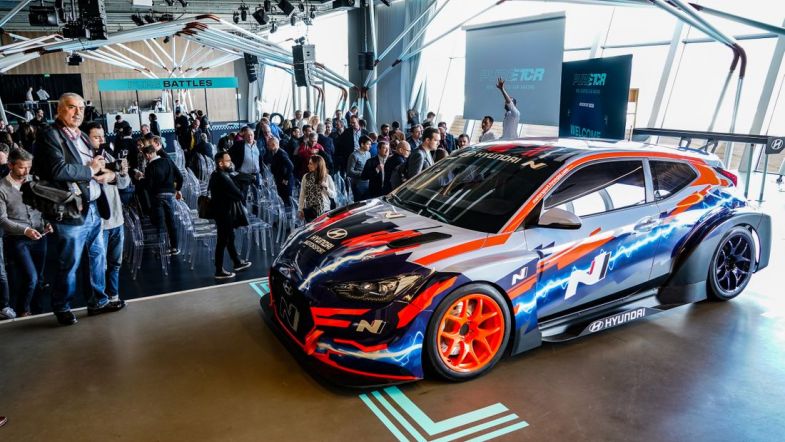 A revised schedule has been released for the inaugural season for the new PURE ETCR series, with three new events being added to the four date schedule.

The showcase season for the new series was set to include events at the Copenhagen Historic Grand Prix, WTCR events at the Salzburgring and Inje Speedium, and then in Guangdong in China – with those four events coming after a global launch at the Goodwood Festival of Speed.

The COVID-19 pandemic however has resulted in not only the cancellation of race events, but has also caused issues for car builders who have been unable to travel to the UK to visit Williams Advanced Engineering – the company responsible for the mandatory kits that need to be integrated into ETCR machines.

As a result, series promotors Eurosport Events have now confirmed that the promotional season will be delayed until the autumn, when the rescheduled Copenhagen Historic Grand Prix will host the opening event.

The series will then head to the UK to be part of a special event being put on by Goodwood, with ‘Speedweek’ effectively replacing the Festival of Speed and the Goodwood Revival; both of which have been cancelled for this year as a result of coronavirus.

The season will then conclude with an appearance alongside the FIA World Touring Car Cup at both Motorland Aragon and Adria, with the latter being used as a dress rehearsal for the 2021 season with the special ‘battle format’ announced earlier this year being implemented.

The earlier three rounds will all be used for demonstration runs of the new technology.

“We’re extremely pleased to announce a new calendar for PURE ETCR’s promotional season, which is the result of a lot of hard work behind the scenes by Eurosport Events, WSC and our series stakeholders,” head of Eurosport Events François Ribeiro said. “While it is unfortunate that our initial calendar was not possible to implement, nobody could have foreseen the effects of COVID-19 on a global scale even six months ago, so series like ours have had to remain mobile and adaptable. I would like to thank everybody involved in this process for their incredible enthusiasm and positivity through this unprecedented time.

“With this calendar now in place, we can focus on our primary role of bringing the most-powerful touring cars ever built straight to the fans, helping show the world that electric vehicles are cool, fun and fast.”