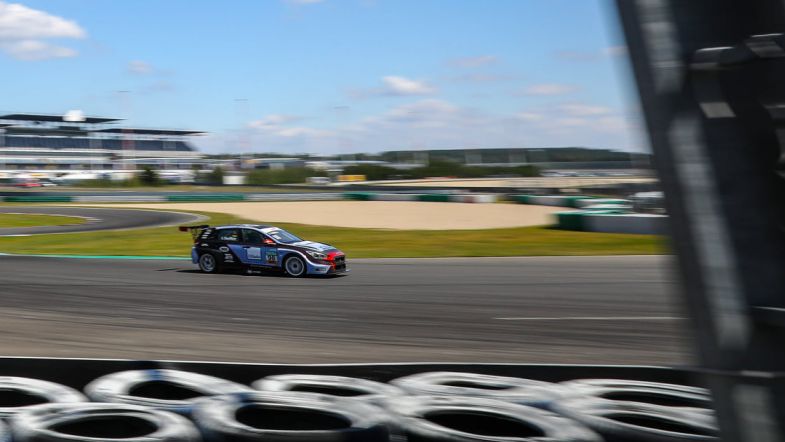 Engstler, who is going to race in the WTCR this year, lapped the German circuit in 1:29.760 and was 0.139 seconds faster than HP Racing International driver Harald Proczyk.

Antti Buri, who drove an Audi RS 3 LMS last year, was third fastest in the combined times from the three sessions of the day, just over four tenths of a second from Engstler’s time.

“It feels good to finally be back on the track. It’s a completely different car (to the Audi), there are so many differences,” said Buri.

Jan Seyffert was fourth fastest, 0.452 from the top time and 0.265 seconds faster than the fatest non-Hyundai driver in the form of Honda driver Mike Halder.

A total of 12 cars took part in the test that will continue tomorrow.