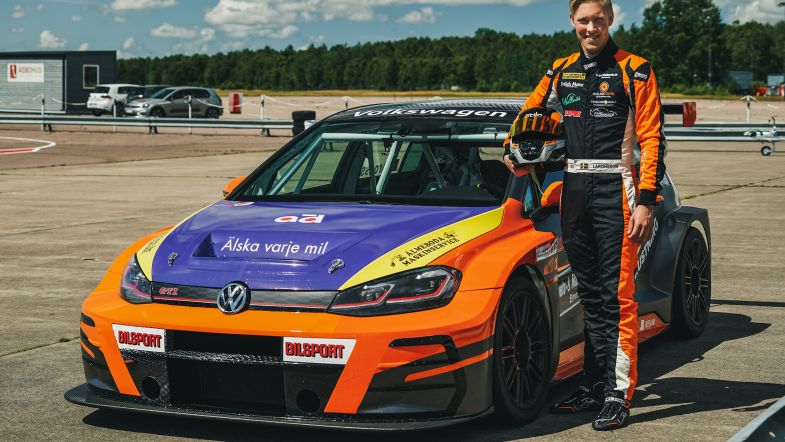 The 17-year-old Isac Aronsson is going to make his STCC TCR Scandinavia debut this year with his family team Isac’s Racing.

“We have finally got everything in place to perform one of my absolute dreams,” said Aronsson.

Aronsson has raced in the Danish DS3 Cup for the past three seasons and claimed the runner-up spot in the 2016 Renault Junior Cup Sweden season.

He is going to drive an ex-WestCoast Racing Volkswagen Golf GTI TCR this year with support from Kågered Racing.

“Things have moved quickly. I was selected for the STCC junior test at Gelleråsen earlier this year and then we picked up this car three weeks ago,” said Aronsson.

“The car is a lot of fun and easy to drive with awesome roadholding and brakes. The pace was also really good when we tested at Ljungbyhed and that feels good ahead of the first race.”

Aronsson is the 15th confirmed entry for the season start at Gelleråsen Arena on August 15-16.

“It would be great to be in the top, but I think it’s going to be quite difficult considering the names in the championship. This year is mainly about learning for us,” said Aronsson.