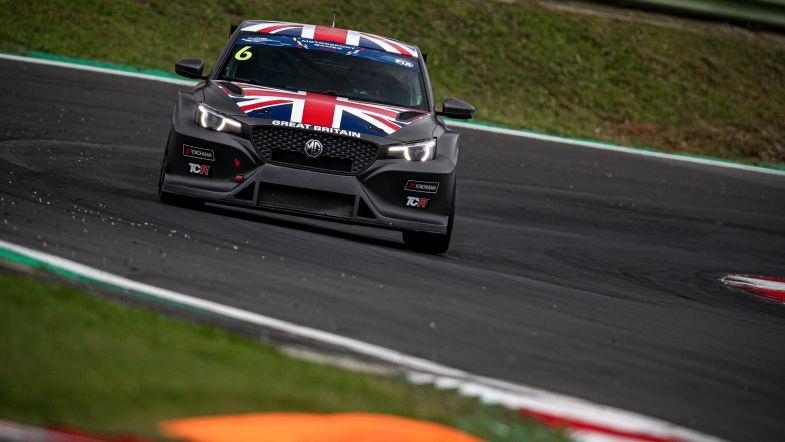 The MG name is set to feature on the grid for the inaugural season of the new PURE ETCR season after series head Xavier Gavory revealed that he expects to receive registrations for a programme ‘soon’.

Lisheng Shanghai Racing, the company behind the MG6 XPower TCR, announced plans earlier this year to develop a car for the series although at the time, no brand or model was announced.

News that the MG name is now set to appear in the promotional series means at least four different car brands should be represented on the grid with the prospect of more to follow as ETCR gears up for its first season of championship racing in 2021.

“Officially registered we have Cupra, who were the first manufacturer to come onboard with Mattias Eskstrom and Jordi Gene at the wheel of their impressive eRacer,” Gavory told the PURE Talk podcast. “They have made a lot of communication around this and the car is very beautiful and very aggressive.

“Then we have Alfa Romeo [via Romeo Ferraris] and MG, who have built ETCR spec cars. Both have announced the production of the cars, and we expect to have their registration very soon.

“Obviously Hyundai has the Veloster that is eligible and it is another extremely nice and aggressive car in terms of its looks, and they have done a lot of testing already with the car. They will hopefully register officially very soon.

“Now you have the middle range cars that are becoming electric and with this is mind, we trust that many other manufacturers will promote their middle range cars – basically their ‘touring cars’ – and will potentially use ETCR as a platform for this.”

The MG TCR car has previously ran largely in Asia, although it made its international debut in the FIA World Motorsport Games in Italy, where BTCC racer Rory Butcher took a best finish of fourth.