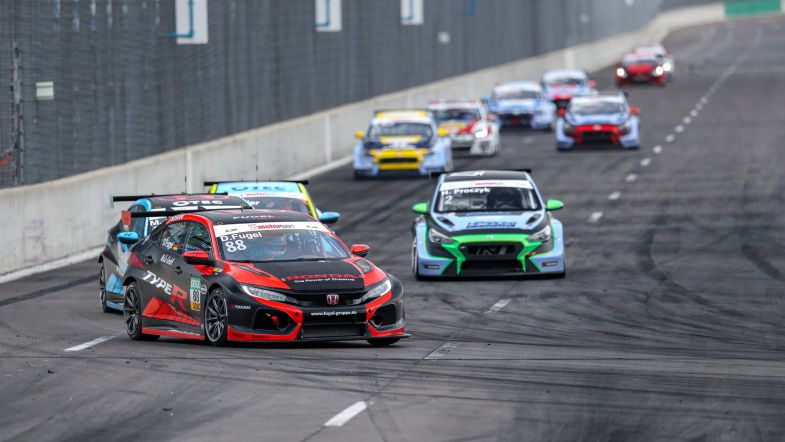 Dominik Fugel fought his way up to win the second TCR Germany championship race at the Lausitzring.

The Fugel Sport driver made his way past the reversed pole position sitter René Kircher and Michelle Halder early on and managed to pull away to win by four seconds over HP Racing International driver Harald Proczyk.

Honda driver Mike Halder held second place early in the race but had to retired due to a technical issue on lap eight.

Race 1 winner Nico Gruber finished in fourth position, having made his way past Michelle Halder two laps from the chequered flag.

Gruber heads the standings on 72 points, Buri is second on 69 and Proczyk is third on 67 points.

The next TCR Germany race will take place at the Nürburgring on August 15-16.