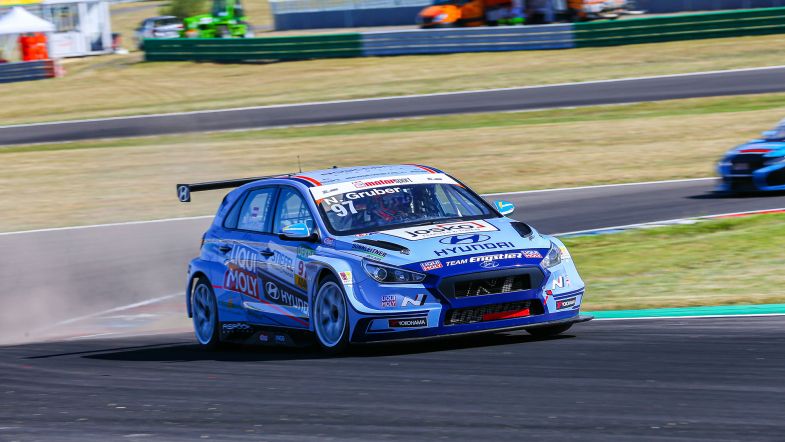 Nico Gruber made the most of a strong start from third on the grid to win the first TCR Germany championship race of 2020 at the Lausitzring.

Team Engstler team-mate Antti Buri started from pole position but was beaten into the first corner by Gruber.

The Finnish driver remained close to Gruber but was unable to put in a serious attack.

The safety car was brought out as Honda driver Albert Legutko suffered a front suspension failure and beached his car in the gravel.

The field was released again with seven minutes left of the race and Fugel Sport driver Mike Halder put in a successful attack on Buri, claiming second position.

Gruber won the race by one second ahead of Halder and Buri just half a second further behind in third.

The second race of the weekend starts at 14:40 CEST.