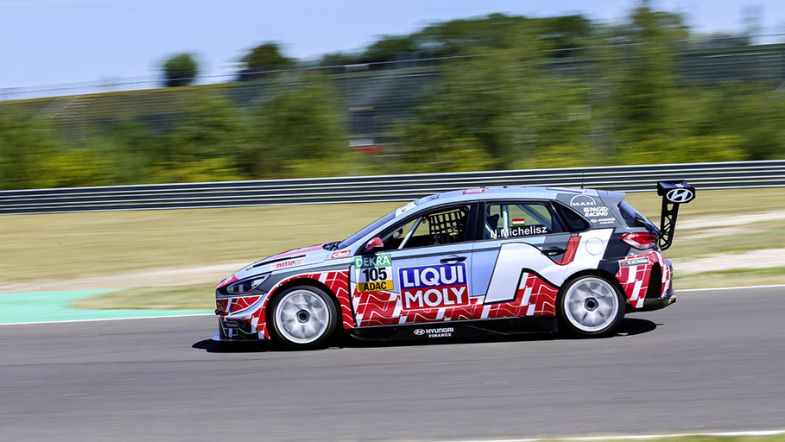 The Hungarian lapped the German circuit in 1:33.804 and was just 0.017 seconds faster than Hyundai colleague and HP Racing International driver Harald Proczyk.

Mike Halder put his Honda Civic Type-R TCR in third position on the grid, just another 13 thousands of a second behind Proczyk.

Honda driver Michelle Halder was fifth fastest ahead of Team Engstler Antti Buri who has got 60kg of compensation weight this weekend after being fastest in qualifying during the previous race meeting.

Jessica Bäckman was sixth fastest, four tenths from the top, ahead of Hyundai colleague Nico Gruber in eighth who secured the reversed grid pole position for Race 2. The Honda duo of Marcel Fugel and Dominik Fugel rounded off the top ten.

The first race of the weekend starts at 11:50 CEST tomorrow.