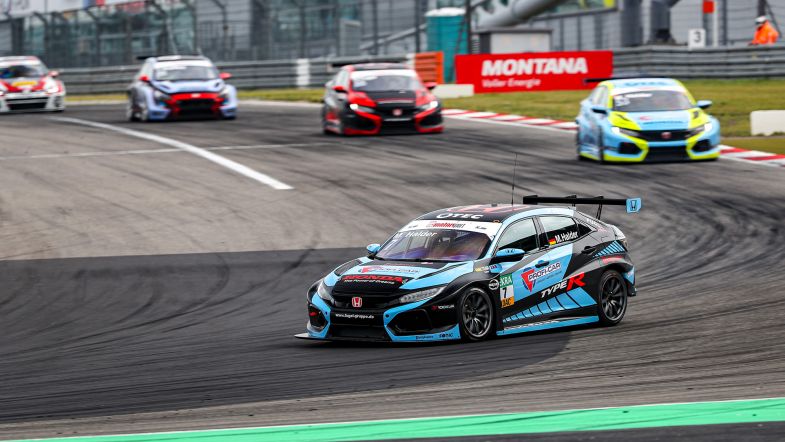 Siblings Mike and Michelle Halder have announced their exit from the TCR Germany championship after Mike Halder was disqualified from the opening Nürburgring race.

The Honda driver, who finished second behind the non-scoring guest driver Norbert Michelisz, was disqualified as the stewards found that his fire extinguisher was not activated.

The result promoted Target Competition driver Andreas Bäckman to second place and Michelle Halder to third and effectively the race winner as neither Bäckman nor Michelisz score points as guest drivers.

The decision from the stewards sparked rage from the Halder siblings that via social media announced their exit from the championship:

“The whole thing was triggered by my disqualification after winning the first race at the Nürburgring on points.

“The DMSB has rated this as a rule violation (strictly speaking correct), since no hand may be placed on the technology of the car in the Parc Fermé. The commissioners have not punished this in recent years.

“Many drivers do this too – for safety reasons! So that the fire extinguishing system does not trigger unintentionally and thus does not cause damage to the driver or vehicle. Safety first!

“Due to the disqualification, Mike loses all 25 points for victory. For Halders the final point among many in an endless odyssey of disappointments of recent years.”

The exit of the Halders will bring the number of full TCR Germany season entries to 13.