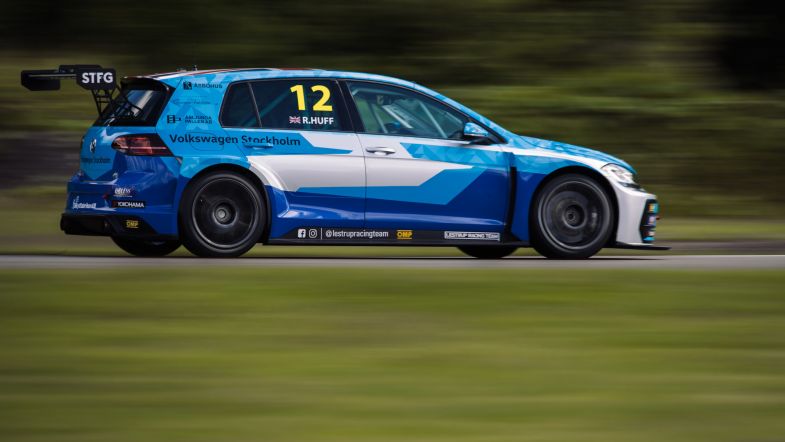 Rob Huff: “We are here to win”

Rob Huff will make his STCC TCR Scandinavia debut this weekend for Lestrup Racing Team at Gelleråsen Arena and the 2012 WTCC champion is aiming for the very top.

“We are here to win, we’re not here for anything else,” said Rob Huff.

Huff is going to meet opposition from drivers such as the reigning champion Robert Dahlgren of PWR Racing as well as last year’s runner-up Tobias Brink of Brink Motorsport and the Brit says he is not underestimating the challenge.

“I don’t underestimate anyone. It is going to be close and that is very much what I expected,” said Huff.

“I’ll be honest, the only driver I know of is Dahlgren, I’ve raced against him for many year. But just because I haven’t heard of the others doesn’t mean that I underestimate them.”

The Brit has completed five test days with the team after the official pre-season test at Gelleråsen Arena where he finished sixth.

“I have full confidence with Lestrup Racing Team and that they can provide me with a car that I can win with,” said Huff.

“I am relieved and very happy to be able to take part in the new season and congrats to the STCC organisation on putting together a new season quickly and conveniently for all the teams and competitors.”