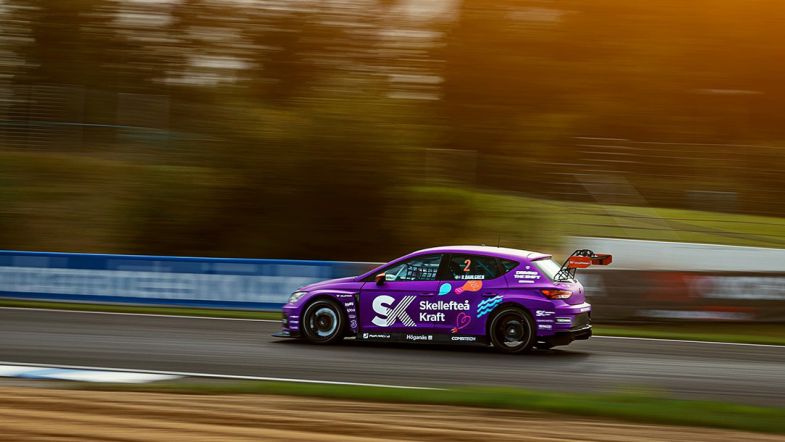 Reigning STCC TCR Scandinavia champion Robert Dahlgren went below the Gelleråsen Arena lap record during the first free practice session of the 2020 season behind the wheel of his new Cupra León Competición.

The hot temperatures have provided an unusually high grip level on the circuit with almost all of the other classes setting new lap records.

STCC veteran Mattias Andersson, who starts his 20th season this year, was fourth fastest in his Honda Civic Type-R FK2 TCR ahead of the Kågered Racing trio of Mikael Karlsson in fifth, Andreas Ahlberg in sixth and Emil Persson in seventh.

2012 WTCC champion Rob Huff was eighth fastest ahead of PWR Racing’s Mikaela Åhlin-Kottulinsky who was recovering from a stomach bug.

Norwegian driver Magnus Gustavsen rounded off the top ten, with the top eleven cars within seven tenths of a second.