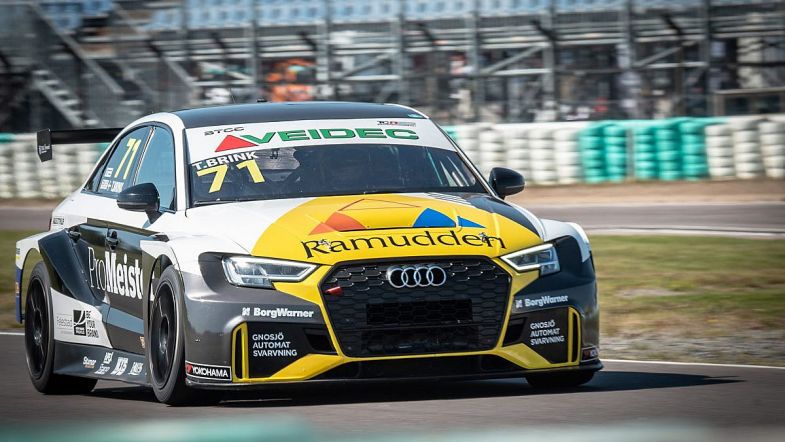 The Brink Motorsport driver set a new qualifying lap record with 1:05.923 behind the wheel of his Audi RS 3 LMS.

The 2012 WTCC champion beat PWR Racing driver Mikaela Åhlin-Kottulinsky, who was hit with food poisoning yesterday, by just two thousands of a second.

Söderström dropped his left-front wheel while going out for his second attempt and had to park his car on the grass of the circuit infield.

Hannes Morin, who was first to break the 1:06 barrier during testing, was seventh fastest while Mikael Karlsson was eighth and last of the Q2 drivers.

The Q1 results sets the grid for the first race, meaning that Söderström will start from pole position ahead of Lestrup Racing Team team-mate Huff and Persson.

The grid for the second race is set with the combined results of Q1 and Q2 while the third and final race grid is set by reversing the top eight positions of the Race 2 results.