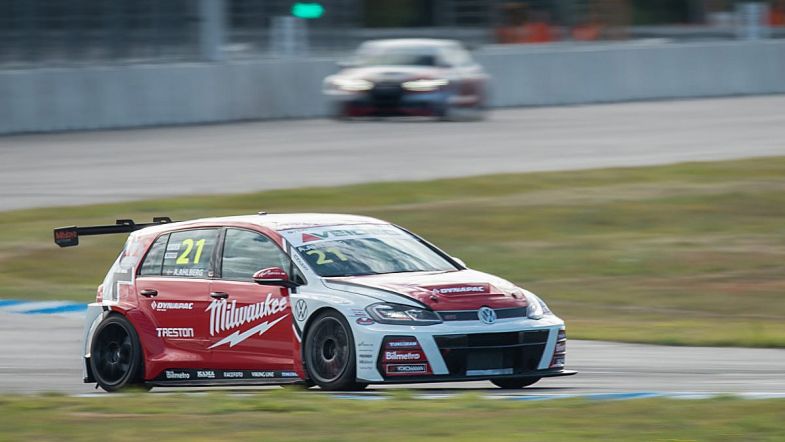 Andreas Ahlberg had a tough last race of the STCC TCR Scandinavia weekend at Skellefteå Arena where he was involved in two incidents with Oliver Söderström and Rob Huff.

The final incident with Huff ended the Kågered Racing driver’s race with a broken suspension.

“Oliver Söderström made a crazy dive on the first lap, his third today, and I lost a couple of positions when he hit me,” said Ahlberg.

“Then the lap after that Huff brakes too late and I went on the inside. He clips my rear wheel when he reenters the track and ends my race. I’m disappointed.”

Huff had to pit with suspension damage as well but was able to get back out on track to finish eighth, two laps behind, after some repairs.

“I ran a little bit wide into Turn 3 and a red Golf just went up the inside of me and clashed the front wheels, broke my steering and his steering as well,” said Huff.

“A little bit disappointing because if he had just taken a bit more caution the we would have both survived. But at the same time if I hadn’t made the mistake, he wouldn’t have seen the opportunity.”