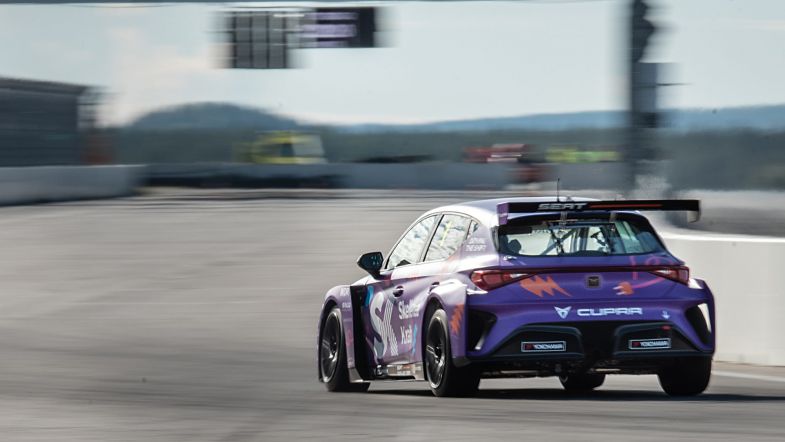 Robert Dahlgren won the first STCC TCR Scandinavia race in style at Skellefteå Drivecenter Arena, heading the race from lights to flag as the fight for second place heated up between four cars.

And Ahlberg had a tough opening lap, losing a position to Lestrup Racing Team driver Rob Huff as well.

Brink Motorsport driver Tobias Brink was able to get past Ahlberg on the second lap for fourth position.

Hyundai driver Albin Wärnelöv’s tough weekend continued as he came to a halt on the third lap with technical issues and had to retire from the race.

Huff meanwhile had set his sights on Morin in the fight for second place and was able to get past on lap seven. Morin’s team-mate Brink tried to follow through but Morin had none off it and shut the door hard on Brink.

It took another two laps until Morin made a mistake that allowed Brink to go past at the hairpin. The Brink Motorsport duo continued to tussle, with Morin seemingly misjudging the braking in the final turn of lap ten, hitting his team-mate.

The incident opened the door for Ahlberg who was able to get past Morin for fourth position, with former championship leader Oliver Söderström following past not long after for fifth position.

Dahlgren won the race to claim the championship lead on 75 points, with Huff in second on 69 and Söderström third on 62.

The second race of the day starts at 16:45 CEST with Dahlgren again starting from pole position.