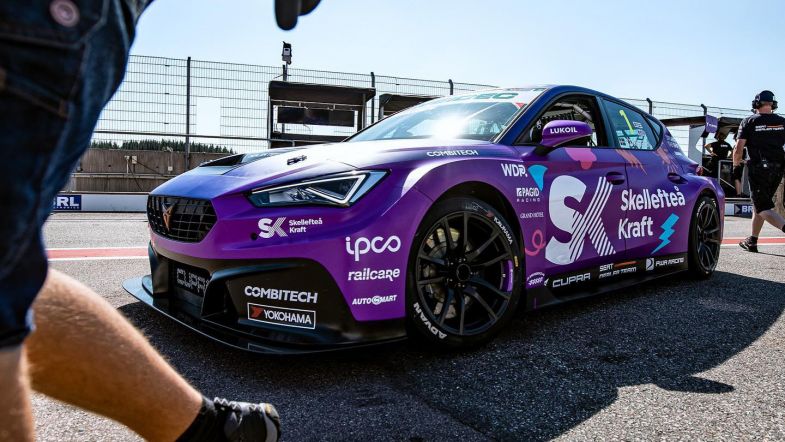 The reigning champion broke the qualifying lap record by eight tenths of a second in the Q2 session, despite carrying 60kg of compensation weight in his Cupra León Competición.

Andreas Ahlberg was second fastest for Kågered Racing in the Q1 session that sets the grid for the first race, just below four tenths of a second from Dahlgren.

Hannes Morin was third fastest but went off track as a steering arm broke just as he had set his fastest lap. The off brought out the red flags, with the session resuming with six minutes left on the clock.

2012 WTCC champion Rob Huff was fourth fastest and was reported by the stewards for driving with his side mirrors folded in, but with no penalty issued.

Tobias Brink was fifth fastest behind the wheel of his Audi RS 3 LMS, with championship leader Oliver Söderström in sixth position. Mattias Andersson and Mikaela Åhlin-Kottulinsky were the final two drivers making it to the Q2 session.

Kågered Racing drivers Mikael Karlsson and Emil Persson were left frustrated in ninth and tenth position, with Karlsson reporting a clutch issue and Persson ending his session prematurely due to a broken driveshaft.

The Q2 session had Brink in second place, more than nine tenths of second behind pole position man Dahlgren.

The first race of the Skellefteå weekend starts at 14:45 CEST.