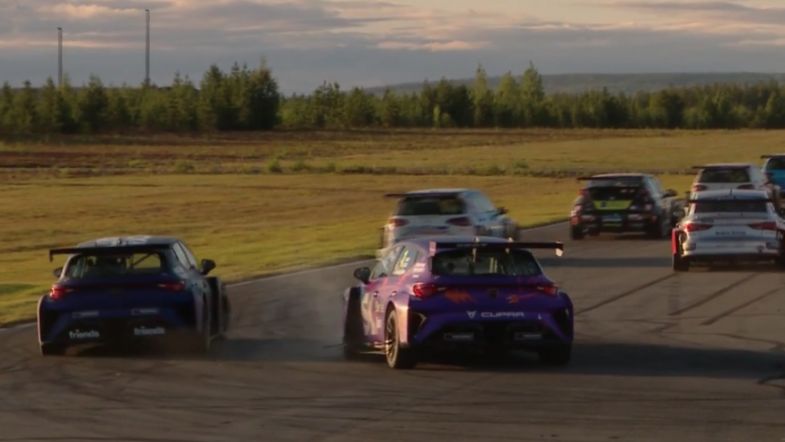 Championship leader Robert Dahlgren has been given a five-place grid penalty for the incident on the opening lap of the third STCC TCR Scandinavia race at Skellefteå Drivecenter Arena.

“Unfortunately it was my own mistake, I looked in the rearview mirror and when I looked back at the road again I had the sun in my eyes and misjudged the braking point,” said Dahlgren.

The Cupra driver hit Oliver Söderström at the hairpin, ending the race for Dahlgren while Söderström was able to continue.

“It was really unfortunate that it affected Oliver, I tried to avoid him but just wasn’t able,” said Dahlgren.

Lestrup Racing Team driver Söderström’s car was badly damaged but could continue, although the 22-year-old will head to the hospital for a checkup after the race.

“Everything just became white when he hit me, it was a really tough hit,” said Söderström.

“Robert came and apologised after the race, so that’s fine and we were lucky that he hit me between the wheels so that I could continue. But the damage is bad, it’s almost so bad that we have to consider changing chassis.”

The reigning champion leads the championship despite the retirement thanks to the two victories in the first two races of the Skellefteå weekend.

“Everything went well until the crash. The car was great and this track suits both me and the car really well. My goal ahead of the weekend was to leave Skellefteå in the lead and we managed that,” said Dahlgren.