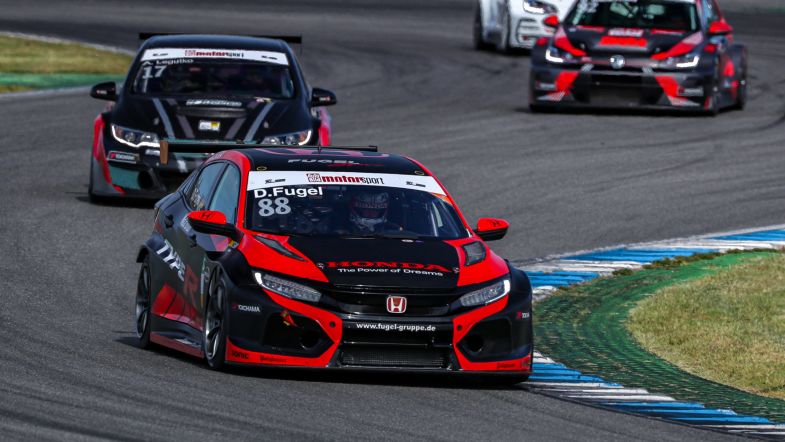 The Honda Civic Type-R TCR driver posted a time of 1:27.981, which was just over two-tenths of a second faster than Hyundai Team Engstler’s Antti Buri.

Fugel was on top for the bulk of the session, having set an initial benchmark of 1:28.028, some nine-tenths quicker than brother Marcel Fugel in another ADAC Sachsen Honda.

Schrötter is under investigation for speeding under red flag conditions while Fugel is alleged to have left the pits while the session was stopped.

Once the session restarted, Dominik Fugel improved his time to his eventual fastest effort, heading Marcel Fugel by just under half a second.

Buri improved to second, just 0.266s off the pace of Fugel and a little over a tenth quicker than HP Racing International Hyundai of Harald Proczyk.

Schrötter rounded out the top ten in his Engstler Hyundai i30 N TCR, while Albert Legutko was slowest.