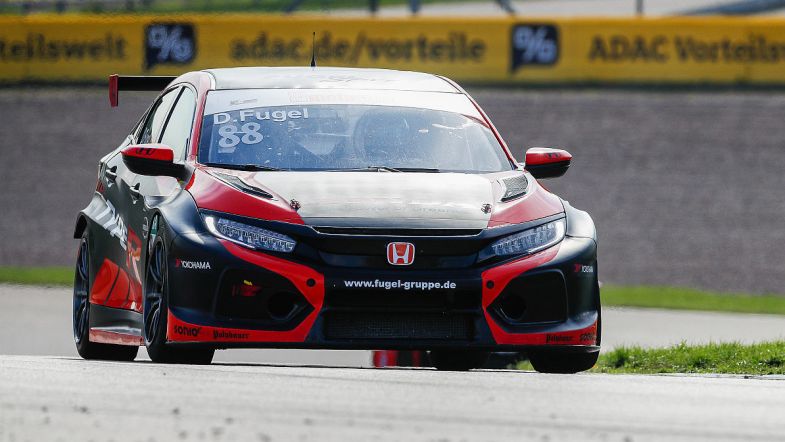 Having topped the morning session in his Honda Civc Type-R TCR, Fugel posted a best effort of 1:27.728, just two-hundredths of a second quicker than Seyffert’s Hyundai i30 N TCR.

It was a largely uneventful session, with Fugel only completing five laps, his best coming on the fourth.

Seyffert on the other hand spent much of the session on track, completing 19 laps.

Harald Proczyk was third quickest in the second HP Racing International Hyundai, a further two-tenths of a second behind Seyffert.

Fourth fastest was the Team Engstler Hyundai of Antti Buri, who was eight-tenths adrift of Fugel’s fastest time, while Marcel Fugel was fifth, a full half a second behind the Finn.

René Kircher was next up in his Volkswagen Team Öttinger Golf TCR, ahead of Moto2 star Marcel Schrötter.

Engstler’s Nico Gruber was a surprising tenth in his Hyundai i30 N TCR, apprearing to be struggling for pace this weekend, while Albert Legutko was again the slowest of the 11 cars.

Next up for TCR Germany is qualifying which is scheduled to take place at 08:30 CEST tomorrow morning.