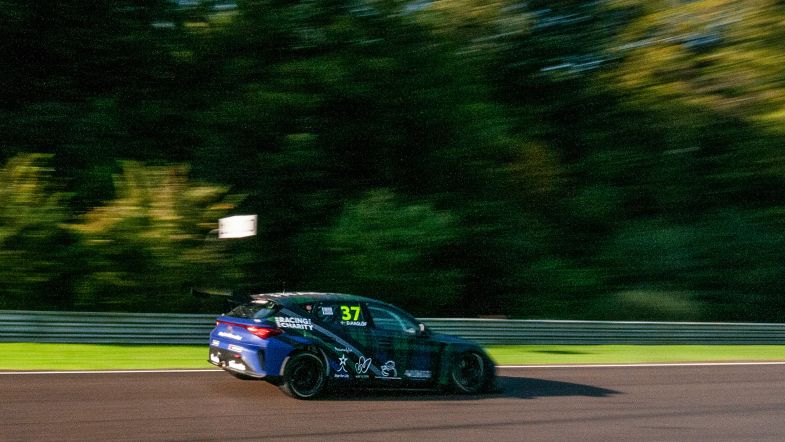 Daniel Haglöf, who stands in for Poker Wallenberg, topped the final test session of the STCC TCR Scandinavia finale at Knutstorp. The session was red flagged with a couple of minutes left as Mattias Andersson came to a halt on track due to an engine issue.

PWR Racing boss and driver Haglöf lapped the short circuit in 1:00.249 and was over three tenths of a second faster than Lestrup Racing Team driver Oliver Söderström in second place.

Söderström was followed by the Kågered Racing duo of Andreas Ahlberg and Emil Persson, 0.422 and 0.444 seconds behind respectively.

Mikaela Åhlin-Kottulinsky was second fastest of the Cupra León Competición drivers in fifth position, just over half a second from the top time.

Brink’s team-mate Hannes Morin was eighth fastest ahead of reining champion Robert Dahlgren, who was 0.847 seconds from team-mate Haglöf’s time.

Hyundai driver Albin Wärnelöv rounded off the top ten, just below one second from the top.