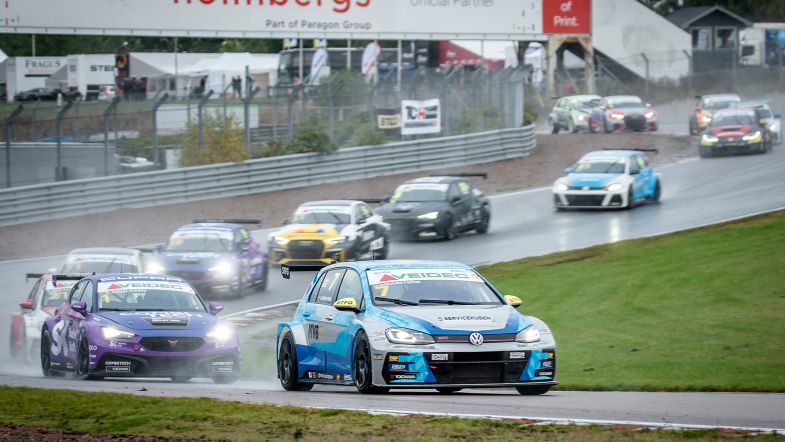 Robert Dahlgren: “We need to improve wet setup to challenge for the title”

Reigning champion Robert Dahlgren finished a distant second in the first race of the STCC TCR Scandinavia finale weekend at Knutstorp, stating that he is lacking wet race performance.

“We need to improve our wet setup if we are going to challenge for the title,” said Dahlgren.

The Cupra León Competición driver started from pole but lost two positions at the start. Dahlgren then managed to fight back up to second place past Oliver Söderström, but was unable to catch Lestrup Racing Team driver Huff.

“It was really tough to start on the inside from the pole grid slot, it was really slippery and I had to take it very easy at the start,” said Dahlgren.

“I struggled to get heat into the rear tyres and then Rob was just too quick in the wet.”

Dahlgren is seven points behind Huff in the standings and four points behind Tobias Brink ahead of the final two races this afternoon.