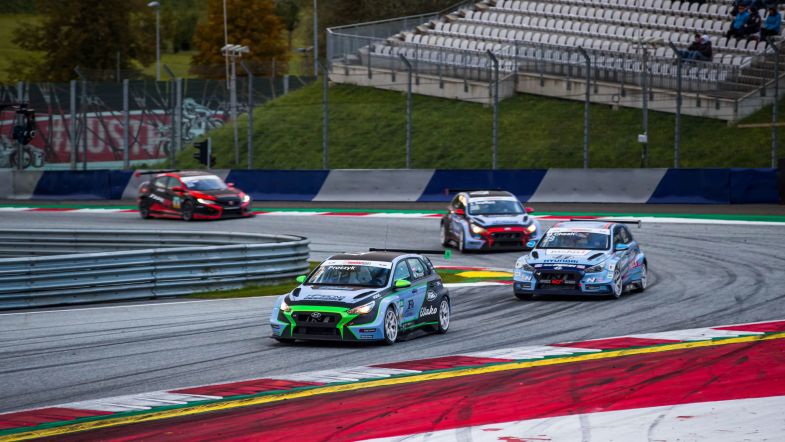 Harald Proczyk has inherited victory of the opening TCR Germany championship race at the Red Bull Ring after a penalty for on-the-road winner Antti Buri.

Buri, who had claimed his second win of the 2020 season in Race 1, was handed a 30-second penalty by the race stewards after setting his fastest race lap under yellow flags in the closing stages.

Proczyk had reeled in Buri entering the final minutes but couldn’t make an overtake in the second sector due to Günther Benninger’s off-track excursion which left the Cupra driver in the Turn 6 gravel trap.

Buri was deemed to have gone too fast by the scene of the incident and was subsequently stripped of his win, dropping the Team Engstler Hyundai i30 N TCR driver to fifth.

Buri remains in contention, but is 24 points behind Proczyk in third.