Testing has continued ahead of the launch of the new PURE ETCR series, with Hyundai completing two days of running at Vallelunga.

The two-day long test saw Augusto Farfus take to the track at the wheel of the Veloster N ETCR, which is the first car that was ready to complete testing mileage having undergone complete integration of the ETCR kit at Williams Advanced Engineering in September.

The focus of the test, which was attended by ETCR’s various official stakeholders, provided the chance to work on a number of areas, including power management, traction control, battery performance and recharge – with the bespoke charger developed for ETCR by Enel X was used during the test for the first time.

Having completed two busy days of running, Farfus insisted that the test had been a ‘positive step’ but there was still plenty of work to be done.

“It’s always nice to get behind the wheel, especially with the Veloster N ETCR as we are learning about the car and the systems with every run,” he said. “Of course, while it’s great for me as a driver, the main focus was on the technical side.

“As the first ETCR car fitted with the WAE batteries and full specification e-kit it was the first chance for us at Hyundai Motorsport – as well as for the ETCR suppliers – to begin to see how everything worked together on a proper track. There’s a lot of work still to do, as you’d expect after only one test, but the days in Vallelunga were a very positive step.

“The Veloster N ETCR is a completely different car compared to the combustion engine TCR cars. The ETCR car is rear-wheel-drive, and the electric motors are mounted in the middle of the car. That massively moves the weight distribution compared to a standard TCR, so you have to make big adjustments to your driving style and to the set-up to get the best from it.

“As an electric car the acceleration is very, very strong, which I could really notice out of some of the slow corners at Vallelunga. ETCR cars will be fun to drive in competition, so hopefully I can be part of that after the experience from testing.”

Two further tests are due to take place in November, with WSC looking into the possibility of a further session before Christmas to provide chance for the new CUPRA eRacer and the Alfa Romeo Giulia to also hit the track.

“We are understandably proud that we were finally able to run the first two official test days without meeting with major technical issues,” WSC president Marcello Lotti said. “We are delighted with the way the optimisation of the control software is progressing and after this promising start we are curious to check also on the performance in the next tests.

“We are currently checking whether it is possible to organise further sessions in December and offer the opportunity for testing the CUPRA eRacer and Alfa Romeo Giulia ETCR. Both cars are due to complete the integration of the ETCR kit at Williams Advanced Engineering between the end of November and the beginning of December.” 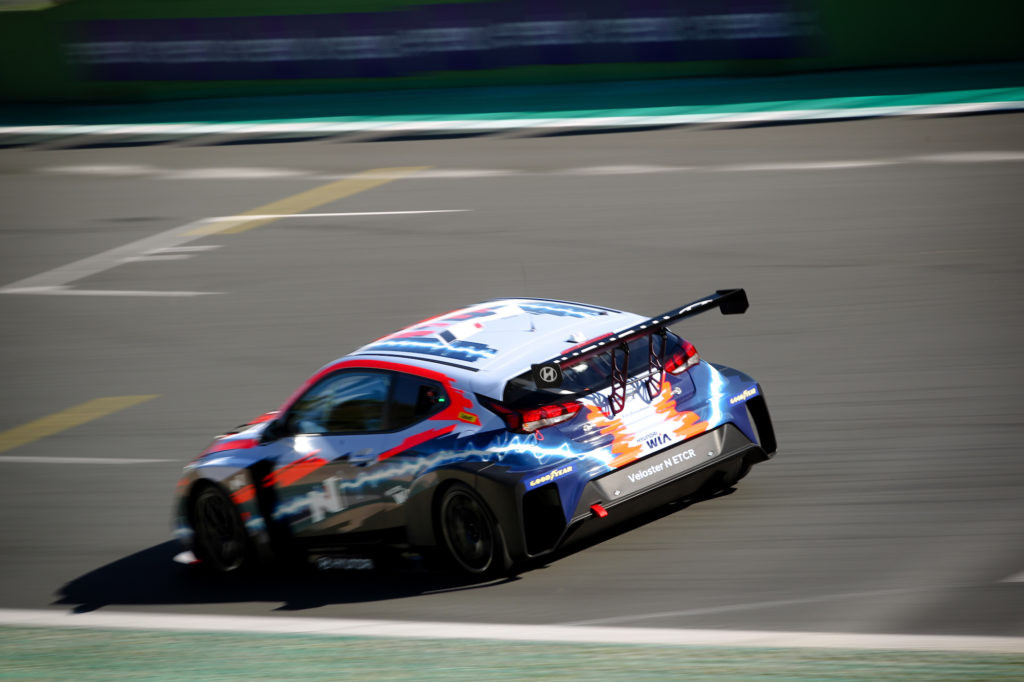