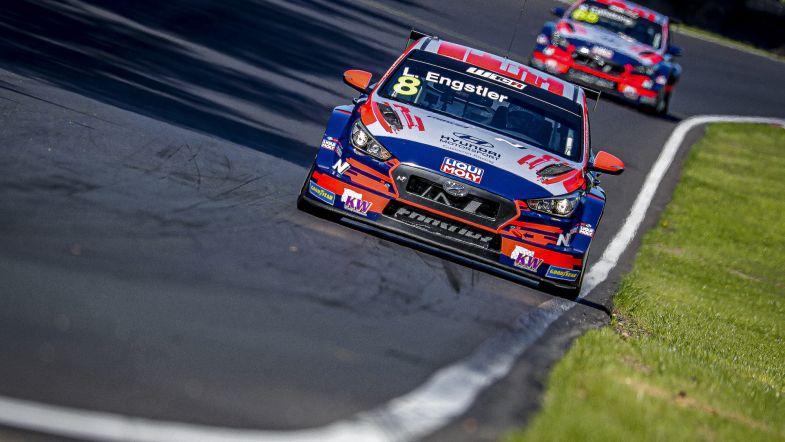 Luca Engstler will become the second driver from the World Touring Car Cup grid to compete in the TCR Germany season finale after being called up by the family Engstler Motorsport team.

The former series runner-up will drive the Hyundai i30 N TCR VIP car alongside team regulars Antti Buri and Nico Gruber – with Burri hoping to overhaul Harald Proczyk in the standings to secure the title.

As a guest driver, Engstler will be unable to score championship points during the Oschersleben weekend.

“It’s nice to come back to where it all started,” he said. “I associate wonderful moments with ADAC TCR Germany and think back fondly on my successful time here.

“Driving the VIP car is a great honour for me, but I also want to have two nice races as Oschersleben is a circuit that I’ve always liked.”