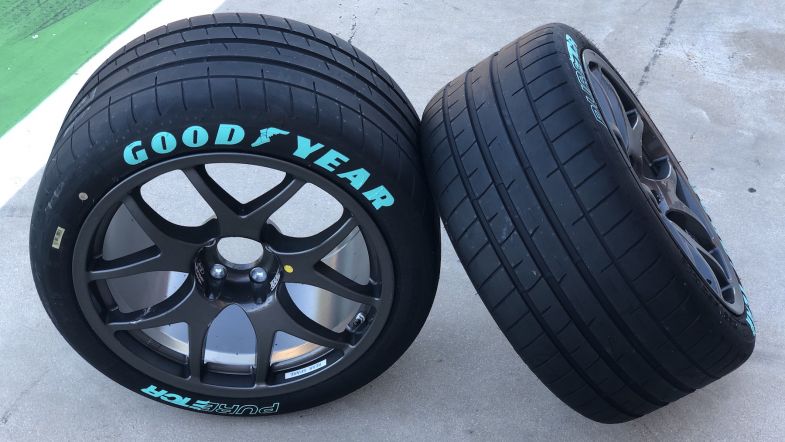 Goodyear has confirmed that the specification of the tyre that will be used in ETCR from next season has now been confirmed after positive testing on track.

The tyre company revealed the the specially developed Eagle F1 SuperSport race tyre back in August, with the treaded design having been created to deal with all weather conditions, and to deal with the power generated by the new electric machines.

Much of the initial work on the tyre had to be carried out via simulations as a result of the COVID-19 pandemic, but positive testing on a Hyundai Veloster N ETCR has resulted in the specification of the tyre now being confirmed ahead of further track running prior to the 2021 campaign.

“We have another test at Vallelunga this week, and then the testing programme will continue early next year, when there will be more cars and manufacturers on track, to give us more data and information,” Goodyear event leader Sebastian Trinks said. “The tyre itself is finalised. We haven’t changed anything since its reveal in August, because it has performed exactly as expected. We’ve had very positive feedback from the teams’ test drivers, too.

“When the R&D team in Luxembourg and Germany was working on the tyre earlier in the year, they had a good window to do indoor testing and simulations while we couldn’t go out on track due to lockdown. We managed to complete a lot of the testing work in this period, to minimise the amount of work that needed to be carried out on a race track.

“It was a good example of adapting to the situation and making the most of the circumstances while we couldn’t travel, so an excellent job from the R&D team.”

The deal to supply tyres to ETCR comes on the back of Goodyear taking on the role of supplier for WTCR this season.

“It certainly helps that we work with the same team for PURE ETCR as in WTCR,” Trinks added of the existing relationship with Eurosport Events. “It’s good for both sides – for the championship and for us – to have that same point of contact and to build close relationships.

“We’ve been delighted with the results in our first season as WTCR tyre supplier this year, and the feedback from Eurosport, teams and drivers has been overwhelmingly positive.”