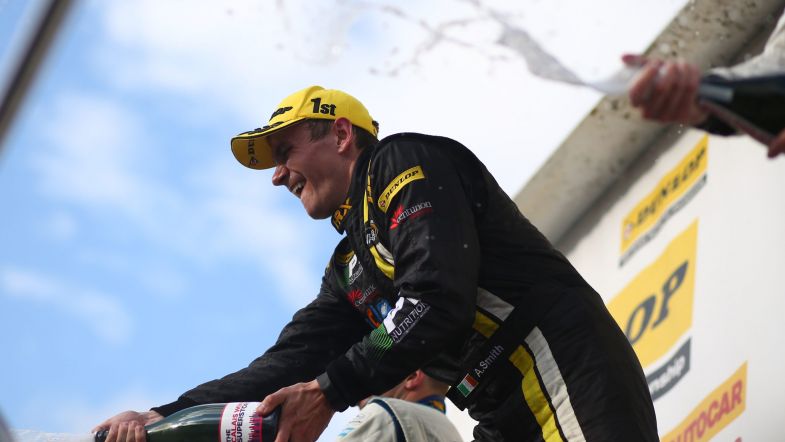 Former race winner Aron Taylor-Smith will make his return to the BTCC grid for the 2021 season after inking a deal to join Team HARD at the wheel of the third new Cupra Leon.

The 31-year-old Irish driver will line up alongside Jack Goff and Glynn Geddie in one of the new Cupras in what will be his first season in the series since a challenging 2017 campaign, where he was part of Triple Eight’s final driver pairing with the MG6.

Prior to that, Taylor-Smith was a race winner with Motorbase, Team BMR and Team BKR and has spent recent years competing in sportcars – racing with Team Parker in the Blancpain GT Series and in a Race Performance-run Ford Mustang GT4 in British GT.

“Watching from the sidelines this year made me realise how much I miss the BTCC,” Taylor-Smith, who had been in contention for a potential return to the grid this season, said. “It’s a championship like no other and I was determined to get back on the grid for 2021. What I love about Tony is his passion to win, it’s refreshing to be around, and I already know that I will feel right at home.

“The personnel that he has collected to join this project are amongst the best in the game and he’s done an unbelievably good job with the Cupra. I can honestly say that I have never been this excited to go racing, it’s going to be a great year!

“It’s a big deal to return to the BTCC and I am really looking forward to getting stuck in at Brands.”

Team boss Tony Gilham said he felt Taylor-Smith would be a strong addition to the new look HARD line-up as it looks to impress with the Cupra.

“I’m delighted to have Aron onboard with us for the 2021 campaign driving the all new Cupra Leon,” he said. “He has proven race winning pedigree in the series and has always proved a match for any of his team-mates in the past which include multiple champions.

“It was important to acquire a strong driver line up this year to help develop our new car and to have three top line drivers at this stage is a brilliant result for the team. Aron will be joining good friend Jack (Goff) once again after the pair were team-mates in 2014. The fact that these guys have worked together before will really accelerate the development of the car and help get our season started on the front foot.

“All drivers including fellow team-mate Glynn (Geddie) will take on an extensive testing programme before the season opener to allow us to provide them with the platform to maximise their potential and the capabilities of our new machinery.

“I have full confidence that Aron will quickly get back into the groove of driving a front-wheel drive touring car after spending a few years away in GTs. It’s shaping to be our most positive season to date.”