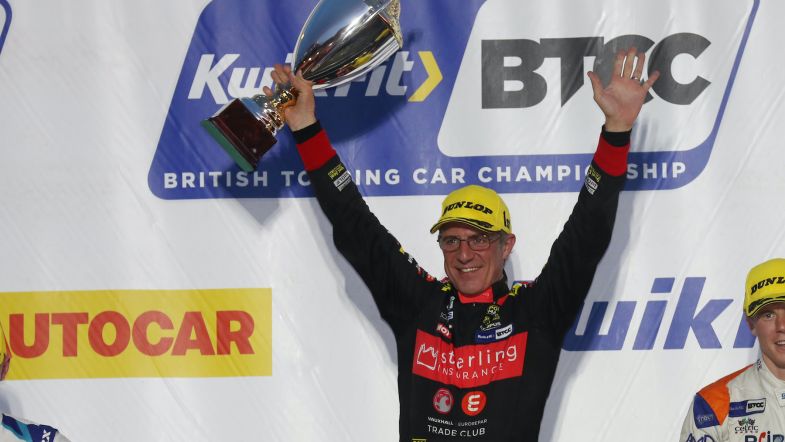 Power Maxed Racing has confirmed the expected news that Jason Plato will return to spearhead its assault on the 2021 British Touring Car Championship.

The double champion had been due to compete for the Vauxhall squad for a second season in 2020 before the coronavirus pandemic saw the team change its scheduled plans, electing not to run a full-season two-car programme, but to instead run a single car for a part campaign for various drivers.

At the time of that decision being made, the team insisted that Plato would be back behind the wheel of one of its Vauxhall Astras again in 2021, with PMR’s portfolio of sponsors also being carried over after a twelve-month sabbatical.

Confirmation that Plato will be back as planned means the 53-year-old will have the opportunity to try and move closer to 100 wins in the series, having taken his 97th victory on his final outing in the 2019 season finale.

Plato will also hit 600 races in the series this season when the campaign kicks off at Thruxton in early May.

“Obviously 2020 was less than ideal for many of us but it gave me time to put a lot of things into perspective,” he said. “I was lucky enough to be able to spend a lot more time than I normally would at home with the family, but I’m itching to get back in a race car now. It’s the longest I’ve been without racing, and it’s made me appreciate just how much I love it, and I have really missed my team.

“I’m excited about the future with Power Maxed Car Care Racing. Winning the final race in 2019 has lit a fire underneath me, so I’m more than ready to get back out and win my 100th race!”

Plato was due to be partnered by Mat Jackson last year on what have been his return to the series, but the identity of his team-mate for 2021 has still to be revealed.

“Last year was a very strange one for us – not fighting in the top ten isn’t something we’re used to, but it was great to get some new talent in the car,” team principal Adam Weaver, said. “Following on from Jason’s success at the end of 2019, coupled with the extensive development programme we’ve been working on over the winter, I’m feeling cautiously optimistic about some strong results in 2021 and beyond – and, obviously, Jason bagging his unparalleled 100th win in the Astra!”