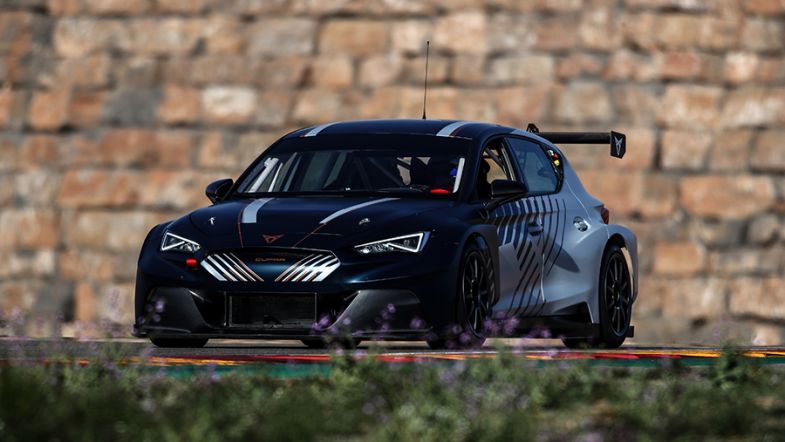 The CUPRA e-Racer has made its first appearance in an official test session ahead of the inaugural season for the new Pure ETCR series.

The two-day test at Motorland Aragón is seeing the CUPRA on track alongside the Hyundai Veloster ETCR, which has conducted much of the early development work on the various ETCR components.

Jordi Gené was at the wheel of the initial running, and declared himself pleased with how the day has panned out.

“We have just completed the first day of testing with the CUPRA eRacer,” he said. “It’s a very challenging car. We have lot of work, as we have a so many things to be tested: chassis, tyres, new engine, new battery. A lot to do, so let’s hope we can make the most out of it!”