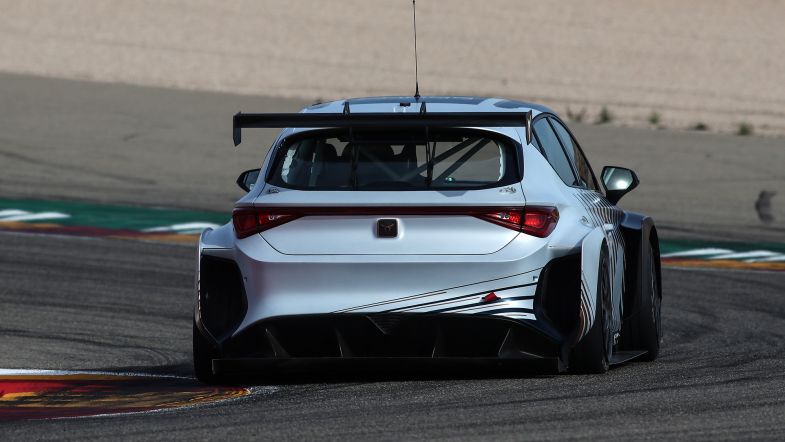 Mikel Azcona: “I would love to combine it with WTCR”

Mikel Azcona will join Cupra for the inaugural PURE ETCR season, a campaign he hopes to combine with a continued World Touring Car Cup programme.

“I would love to combine it with WTCR, with the aim of fighting for the title,” said Azcona.

The Spaniard raced a Cupra León Competición in the WTCR last year for Zengo Motorsport and the Hungarian team is yet to confirm its plans for 2021.

“I really want to start, get in the car and continue developing the car together with Jordi and Mattias,” said Azcona.

“It will be something totally new for me because it is very different from the CUPRA Leon Competición that I have competed with in the WTCR this last year, but we will work hard to arrive as best prepared as possible at the start of the championship.”

Azcona will race alongside team-mates Mattias Ekström and Jordi Gené as Cupra will field three cars in the 2021 PURE ETCR season.

“We are very excited to confirm that we will count with Mikel, Mattias and Jordi in the PURE ETCR in 2021. I cannot think of a better line-up to start this adventure,” said Xavi Serra, head of technical development at CUPRA Racing.

“The CUPRA e-Racer, for its part, continues to advance. At the end of last week we run for the first time on a real circuit (Motorland Aragón) after integrating the official ETCR technology in the UK, and we worked on the calibration of all the systems; we have started learning what we need to get the best out of them.

“It has been a great challenge, because we have had to get used to the new charging and cooling phases with the new ETCR certified technology, but the result was positive and we had no problems. We are more and more prepared to start competing,”