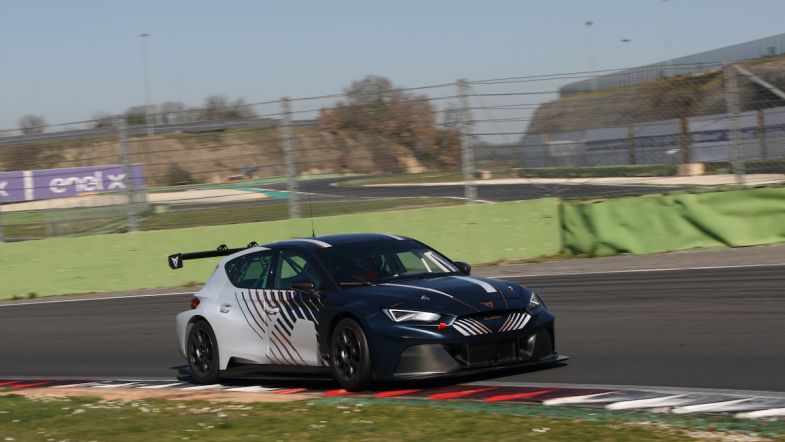 Mikel Azcona says he is impressed with the new Cupra e-Racer after sampling the electric machine during the most recent phase of testing at Vallelunga in preparation for the inaugural ETCR season.

The Spanish driver was able to sample the car for the first time as he shared a raft of development tasks with countryman Jordi Gené during three days on track, with the test following on from an earlier outing at Motorland Aragon.

The pair completed a total of 450km of running across the test.

“My first day at the wheel of the CUPRA e-Racer was very special,” Azcona said. “The power output it has is incredible.

“I have been able to drive it for more than 200 kilometres, with the aim of getting to know it as quickly as possible and prepare for the start of this new era for motorsport.”

Testing will continue at Vallelunga later this month.