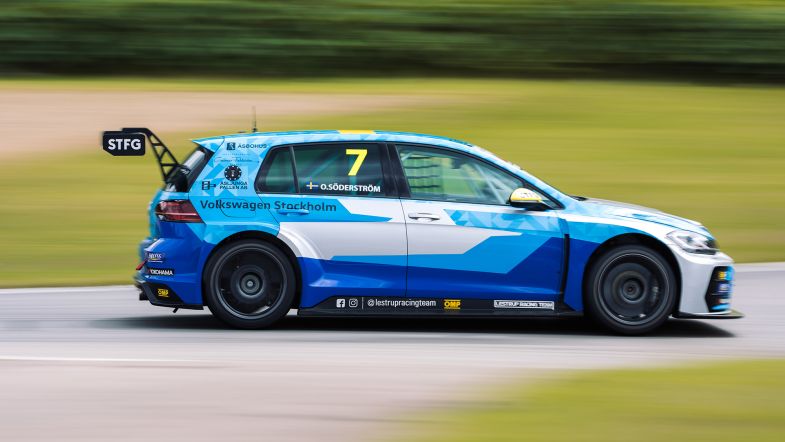 Oliver Söderström will remain with the Lestrup Racing team for a third season in the STCC TCR Scandinavia series after his return was confirmed by the Volkswagen team.

Söderström returned to the series last year after a season away competing in the GT4 Scandinavia, joining forces with former WTCC title winner Rob Huff as the team also made a comeback in touring car competition.

Although he started the season with victory in the opening race, Söderström would endure a tough run of form in the latter part of the year which meant he ended the campaign down in fifth place in the standings – something he will be seek to improve on during the year ahead.

“I feel that I had a breakthrough last season that did not bear fruit,” he said. “But I am really motivated for 2021 as the speed and potential was there all year in 2020.

“I started the season strongly last year but retired from four of the last six races due to a combination of technical issues, incidents and mistakes.

“But I know that I have the pace and that motivates me for this year – to get it all together and fight for the very top. It won’t be easy, but that’s why we are here.”

Team co-owner Fredrik Lestrup said he was confident that Söderström had the potential to win the title in the near future.

“We believe strongly in Oliver and his capabilities, he proved that he is quick and can win races last year,” he said. “We have built up a really good relationship over the years and we are delighted to continue to build on that. We are convinced that he can win the STCC, if not this year, then during the coming seasons.”

Lestrup has already confirmed Robin Knutsson as part of the 2021 line-up, with “further news to be revealed during the coming weeks” – adding further fuel to the fire of an expanded programme.