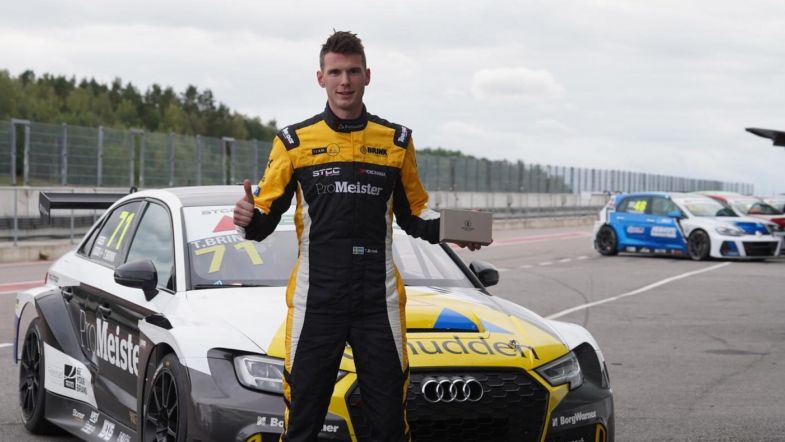 Tobias Brink has confirmed that he will continue racing in the 2021 STCC TCR Scandinavia season with Brink Motorsport, aiming for the title after a disappointing end to last year’s season.

“Considering how we have performed over the last couple of years, there is only one goal for 2021 and that is the STCC title,” said Brink.

The 32-year-old headed the standings for the majority of the 2020 season, only to drop down to finish third behind Rob Huff and Robert Dahlgren after the season finale.

“The speed is no doubt there, but we need to put everything together. We are intentionally setting the highest possible aim to put pressure on ourselves to deliver this year,” said Brink.

Brink is going to drive the same Audi RS 3 LMS that he drove last year.

“We have no illusions that it’s going to be easy this year, rather the other way around. The championship looks to become even tougher, but we are going to use that as fuel in our efforts this year,” said Brink.

The team is yet to announce his team-mate for 2020 but have confirmed that news will be revealed “within the coming weeks”.