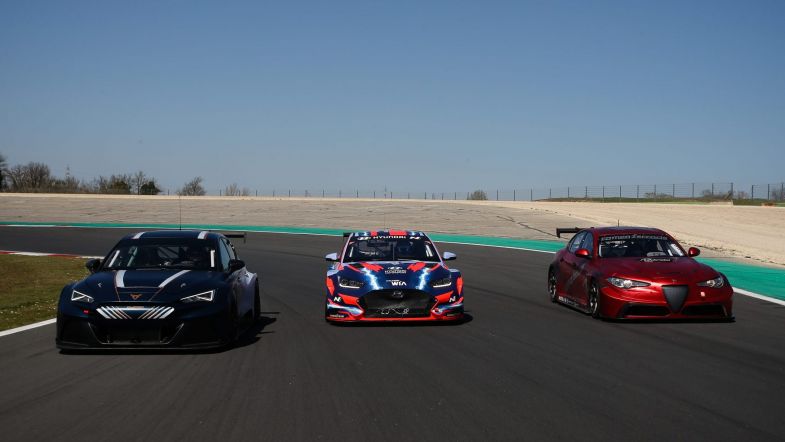 The PURE ETCR series, which is set for its inaugural season this year, will be recognised as an FIA World Cup from 2022.

“It’s the ideal scenario for FIA-sanctioned touring cars to have the traditional combustion-engined WTCR coexist with a new all-electric competition discipline utilising an innovative format. This is an important step for all parties involved and I’m looking ahead with great excitement to see this new competition take shape.”

A long-term agreement has been signed between Eurosport Events and the FIA to run the FIA eTouring Car World Cup alongside the FIA World Touring Car Cup, featuring combustion-engined TCR cars.

“We are thrilled to receive confirmation from the FIA that the Series will become the FIA eTouring Car World Cup from 2022,” said François Ribeiro, Head of Eurosport Events, the PURE ETCR promoter.

“The automotive industry is rapidly moving towards electrification and we are working incredibly hard in partnership with WSC to build the world’s first all-electric touring car series with racing and innovation at its heart, and offer car manufacturers a platform to showcase their electric production vehicles in intense authentic on-track battles that touring car fans love.

“The FIA’s recognition emphasises the key role the governing body is performing in the push towards greater levels of electromobility. The sporting expertise of the FIA, together with Eurosport Events’ know-how in promoting international motorsport properties, will make this future FIA eTouring Car World Cup a strong platform to allow car makers to promote their technology and products.”