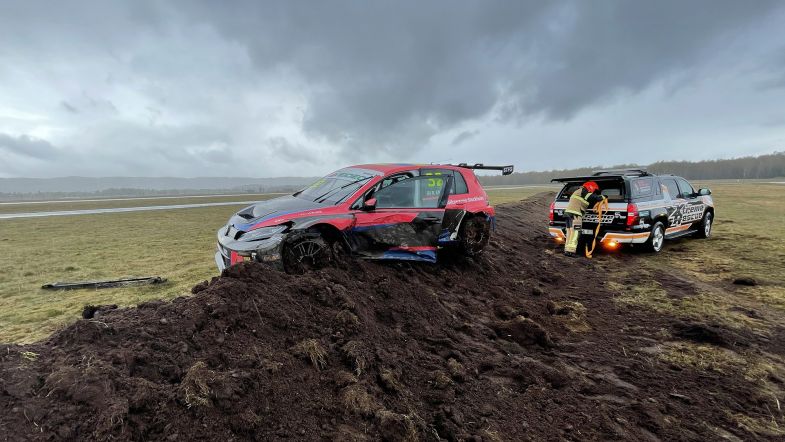 The 19-year-old was taken to hospital for a routine check up as the session resumed with 18 minutes left on the clock.

Dahlgren held the top spot for the majority of the session, heading reigning champion Rob Huff by seven tenths of a second.

Tobias Brink put his Audi RS 3 LMS in third position, nine tenths of a second from the top time.

Mikael Karlsson was 0.999 seconds from Dahlgren, while Hannes Morin, who took over the driving duties from Lukas Sundahl, rounded off the top eight for Brink Motorsport.