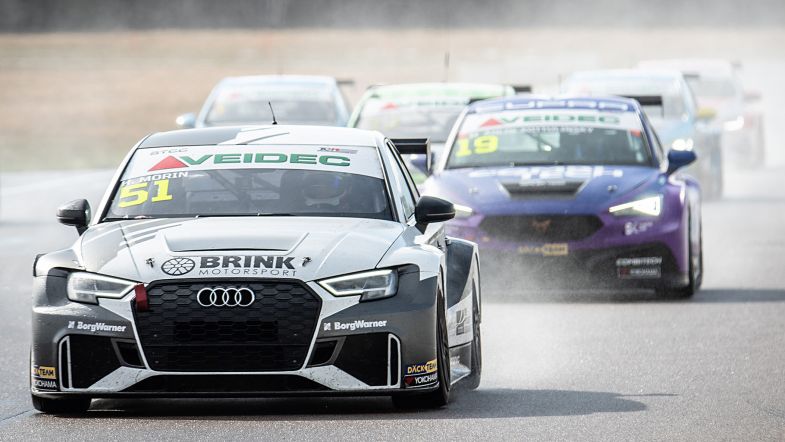 Audi driver Hannes Morin topped the final (very wet) STCC TCR Scandinavia pre-season test day at Ljungbyhed Park, despite making contact with a tyre stack that forced him to be towed back into the pits.

The Brink Motorsport driver lapped the 1950m circuit in 52.093 when the track briefly dried up and was close to one second faster than Lestrup Racing Team driver Oliver Söderström who finished second.

Morin struck a tyre stack shortly after setting his fastest lap, but the team was able to repair his car and get him back on track before the end of the session.

Söderström’s team-mate and reigning champion Rob Huff was third fastest, one tenth further behind, with Andreas Ahlberg making it three Volkswagens in the top four for Kågered Racing, 1.5 seconds from Morin’s best time.

Mikaela Åhlin-Kottulinsky was fastest of the PWR Racing drivers in fifth position, just 32 thousands of a second behind Ahlberg.

Mattias Andersson recorded the sixth fastest time behind the wheel of his Lynk & Co 03 TCR, with Tobias Brink and Hugo Nerman rounding off the top eight.