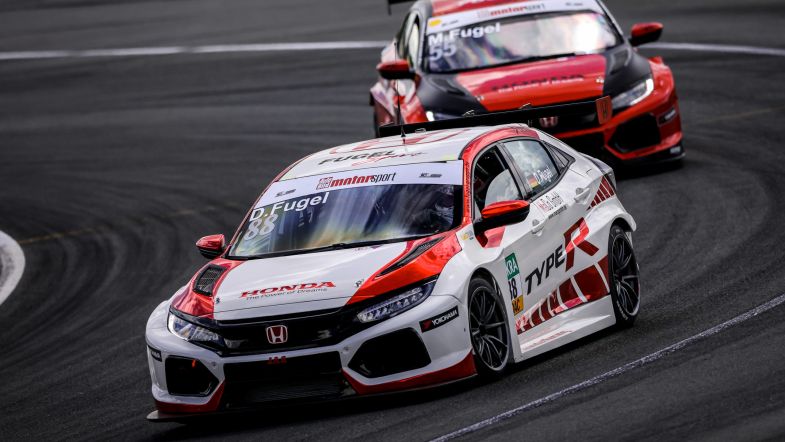 Dominik Fugel has been dropped from second to third in the final TCR Germany championship race at Oschersleben following a post-race penalty.

The Fugel Sport driver passed Nico Gruber with a daring pass on the outside of the Hasseröder corner to claim second place on the last lap after some contact.

And the stewards deemed the contact unfair, handing Fugel a 1.5-second penalty to drop him behind Team Engstler driver Gruber who was promoted to second.

The changed results means that Gruber closes in on Fugel in the standings, now with just three points separating the two. Fugel is second overall on 46 points and Gruber is third on 43 points.