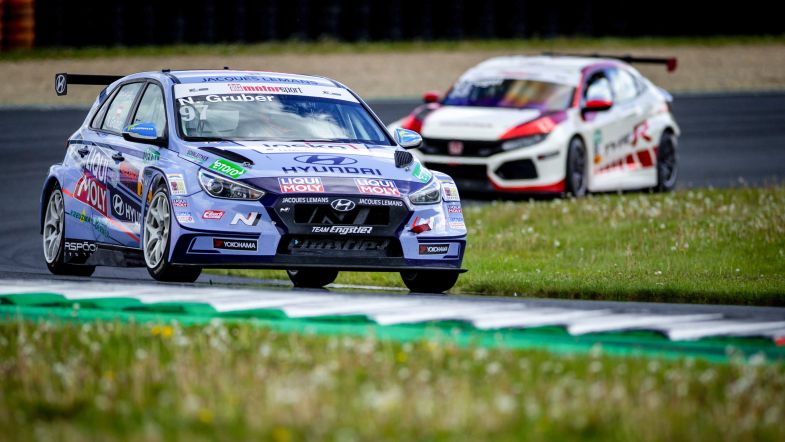 Dominik Fugel was penalised for his overtaking move on Nico Gruber in the second race of the TCR Germany season opener at Oschersleben, dropping him from second to third.

And the Fugel Sport driver was left fuming after the penalty, even hinting at the team leaving the championship were it not for the support from Honda.

“Be careful if you want to overtake in TCR Germany. Overtake maneuvers are not appreciated and therefore punished immediately,” Fugel wrote on his social media channels.

Fugel had caught Team Engstler driver Gruber on the very last lap and managed to get alongside after making contact at the exit of the Hotel corner.

The two went side-by-side for two more corners before Fugel managed to get past with some further contact.

“I thought it was a bad joke. I can only laugh about this and if we did not have the support from Honda Germany, then we would be long gone,” Fugel continued.

The incident can be viewed in the video below.