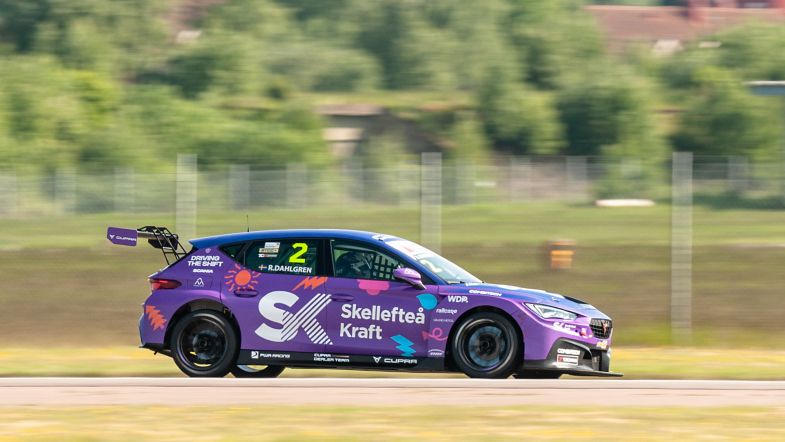 Robert Dahlgren topped both qualifying sessions of the STCC TCR Scandinavia opener at Ljungbyhed but is expecting tough races tomorrow.

“I expect really tough races tomorrow, I need to make really good starts and head the field into the first corner,” said Dahlgren.

“I actually had some issues in the Q1 session and I was really nervous. Then I had to back off on my first attempt in Q2 as there was a car in the middle of the track. But I managed to get it together for my second attempt and I am really pleased.”

The Cupra driver beat Audi rival Tobias Brink to pole in both sessions and the Brink Motorsport driver is taking an “aggressive” approach for the three races tomorrow.

“It was a tight battle between me and Robert. We had an ok qualifying, but it just wasn’t enough to go all the way,” said Brink.

“I won’t hide that I am disappointed. Now I need to get a good start in the races and be aggressive during the first laps as it’s a bit difficult to overtake here.”