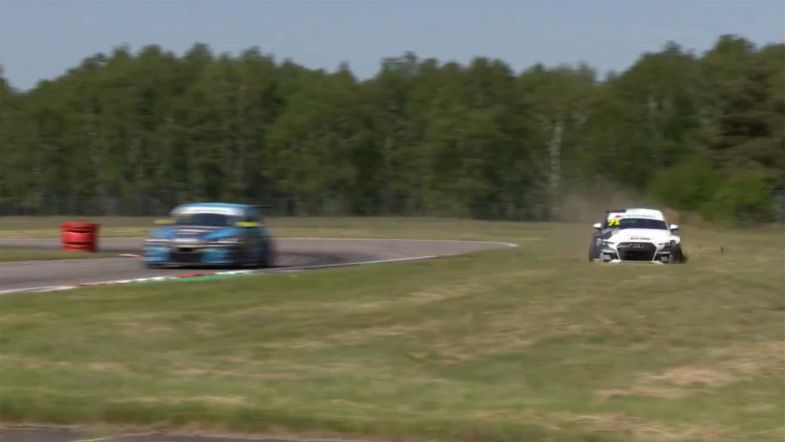 Oliver Söderström: “It was not my fault”

Oliver Söderström lost third place in the first STCC race of 2021 following a ten-second penalty after an incident with Tobias Brink.

“It was not my fault, he should have looked in the rearview mirror,” said Söderström.

The two fought over third place for 17 laps until Söderström made a move that resulted in Brink going off track.

“He made a mistake in the corner before and I was on the inside. He should be responsible for that. I was faster than him and just waited for a mistake from him.”