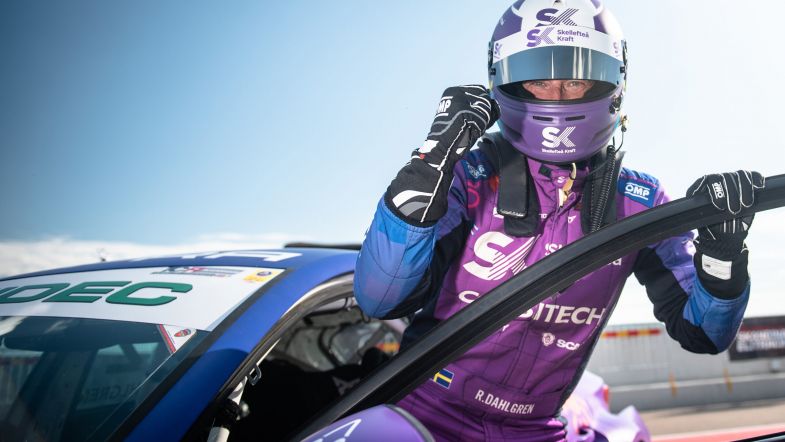 The Cupra driver started from pole and headed the field from lights to flag. The only scare came as Dahlgren was going to lap Hugo Nerman, losing a lot of time as the Kågered Racing driver failed to move out of the way quickly.

This enabled Åhlin-Kottulinsky to get right on the back of Dahlgren, but the duo remained in their positions until the end of the race.

The fight for third was very hard between Audi driver Tobias Brink and Volkswagen driver Oliver Södeström. Brink lost one place at the start to Åhlin-Kottulinsky and had to defend from Söderström for the remaining part of the race.

Söderström tried to get past on lap 17, a move resulting in contact between the two and Brink going off track briefly. The stewards handed Söderström a post-race penalty for the incident, dropping him from third to seventh.

MA:GP driver Mattias Andersson was close to Ahlberg for the first part of the race, but gradually dropped back to finish fifth.

Brink Motorsport driver Hannes Morin retired on the opening lap due to a technical issue and Nerman had an intercooler issue, forcing him to pit for repairs. He rejoined the race to finish 12th.

The second race of the weekend starts at 13:45 CEST.