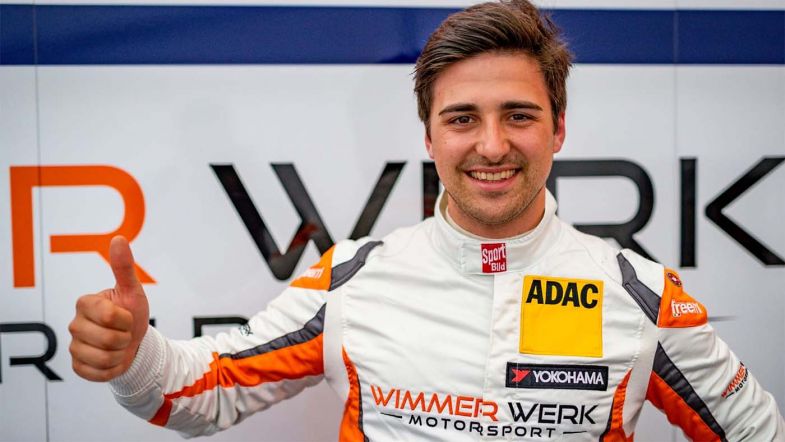 Eric Scalvini claimed his maiden TCR Germany championship victory in the first race of the weekend at the Red Bull Ring. The Wimmer Werk Motorsport driver held the lead from the first until the last lap, with championship leader Luca Engstler a distant second.

Scalvini made a strong start while Engstler had Fugel brothers Dominik and Marcel right behind him for the first lap.

Danish Team Engstler driver Martin Andersen was hit by Audi driver Sandro Soubek in the fight for fifth on the opening lap, with Andersen reclaiming the position at the start of the first lap as Soubek made a mistake.

The skirmish enabled Robin Jahr to slip past both of them up into fifth for Roja Motorsport. Soubek then headed into the pits with a puncture.

Jahr held fifth until two laps from the end when Andersen managed to get past with a clean move. The Roja Motorsport driver instead got his hands full in defending sixth from Volkswagen Golf GTI TCR driver René Kircher for the final couple of laps.

The positions at the top remained the same throughout the race, with Scalvini winning by 2.6 seconds ahead of Engstler.

Andersson finished fifth, a massive 24 seconds behind, with Jahr clinging onto sixth position ahead of Kircher.

Engstler is still on top of the drivers’ championship standings with 96 points, 30 ahead of Dominik Fugel and 32 points ahead of Scalvini in third.

Next up is qualifying for the second race, starting at 09:30 CEST tomorrow.