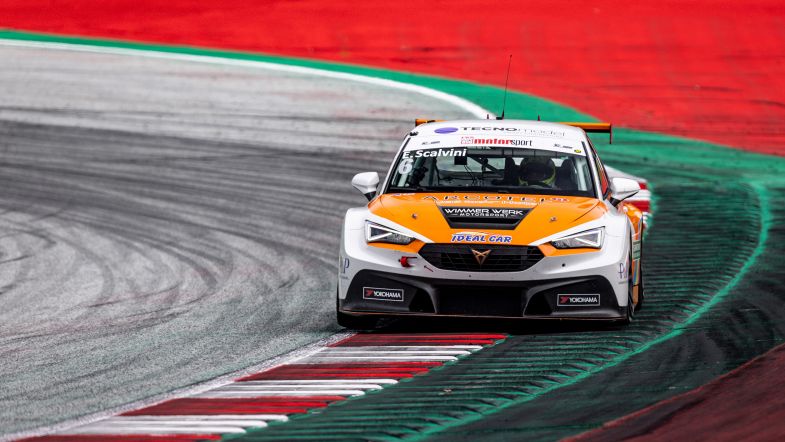 Eric Scalvini has continued his strong performance at the Red Bull Ring, claiming his second consecutive TCR Germany pole position for the second race of the weekend.

Championship leader Luca Engstler made it three manufacturers in the top three for Hyundai team Engstler, 0.382 seconds from pole.

Honda driver Marcel Fugel was fourth fastest ahead of Lubner Motorsport driver Philipp Regensperger in fifth, six and seven tenths of a second behind respectively.

The session was red flagged once when Cupra driver Christian Voithofer went off into the gravel at Turn 6.

The second race of the weekend at the Red Bull Ring starts at 15:05 CEST.