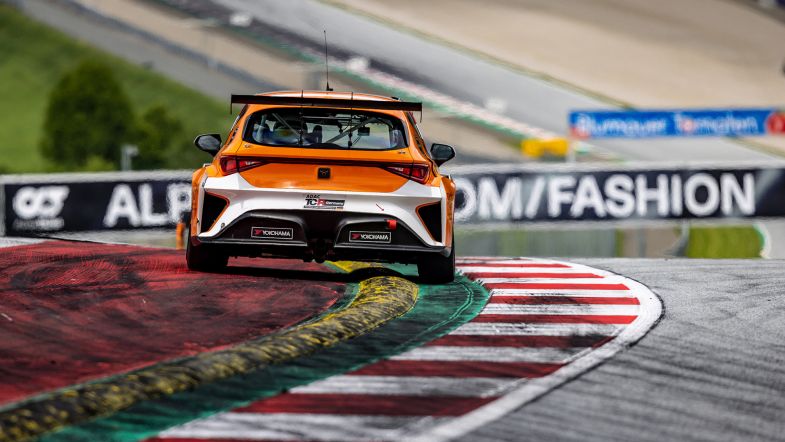 The Wimmer Werk Motorsport driver started from pole and had Honda driver Dominik Fugel close to him on the opening lap.

But Scalvini was superior throughout the race, with Fugel and Luca Engstler far behind in second and third.

The race was resumed two laps later, with Sandro Soubek making a move for sixth on Philip Regensperger at the restart.

And, just as his Lubner Motorsport team-mate, Regensperger was the cause for the second safety car session as his car suddenly stopped and came to a halt on track.

Danish Hyundai driver Martin Andersen made a move on Audi driver Soubek at the restart for fifth position.

But Andersen made a mistake at the following corner, going wide, enabling Patrick Sing of Team Racesing to get past both of them for fifth.

Sing then set his sights of Nico Gruber in fourth position, making the move stick on the Team Engstler driver with six minutes left of the race.

Engstler remains on top of the championship standings, but with Scalvini closing the gap to 19 points. Dominik Fugel is third, 24 points adrift.

The next TCR Germany round takes place at the Nürburgring on August 6-8.