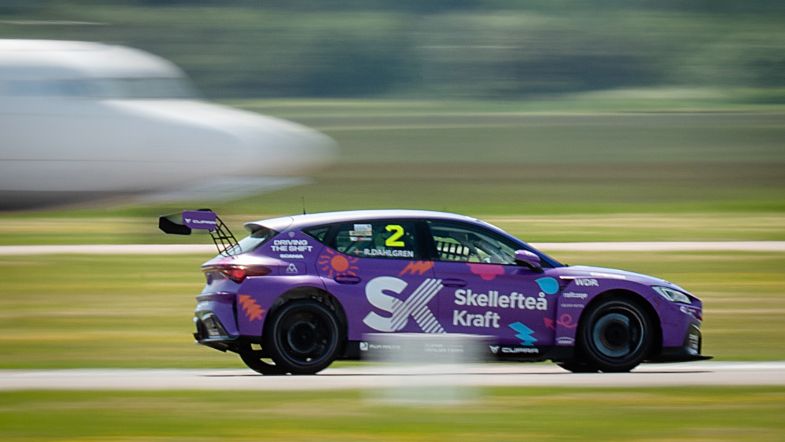 Robert Dahlgren went below his own qualifying lap record by 0.041 seconds during the twilight test session at Skellefteå Drivecenter Arena.

The PWR Racing driver lapped the circuit in 1:52.597 and was just below half a second quicker than Lestrup Racing Team driver Oliver Söderström.

MA:GP driver Mattias Andersson put his Lynk & Co in fourth position and was the final driver within one second from Dahlgren. Tobias Brink, who was third fastest in the first test, fell to finish fifth in this session.

Andreas Ahlberg was once again quickest of the Kågered Racing drivers in sixth position ahead of Brink Motorsport driver Hannes Morin and Lestrup driver Mikael Karlsson – who rounded off the top eight.

Next up is the third test session of the STCC TCR Scandinavia weekend in northern Sweden, starting at 11:40 CEST tomorrow.