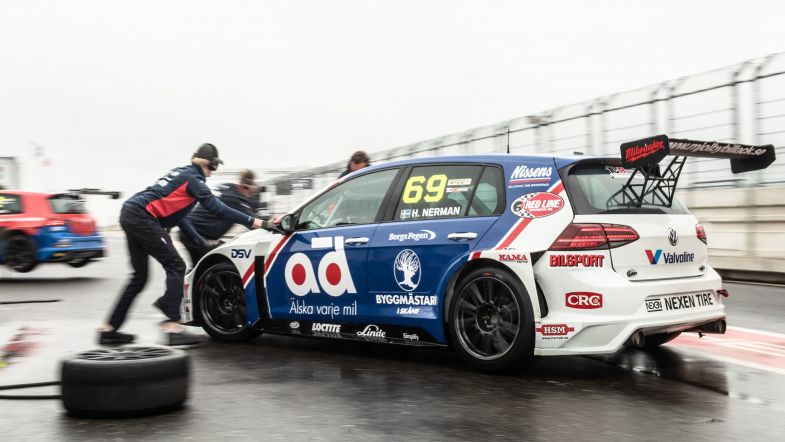 The Volkswagen Golf GTI TCR driver lapped the 4,1km circuit in 1:53.705 and was half a second faster than Brink Motorsport driver Hannes Morin.

And Åhlin-Kottulinsky was one of several drivers that had off track excursions during the session.

The most spectacular one came from Lestrup Racing Team driver Robin Knutsson who spun off at high speed at Turn 11, coming to a halt right at the exit of the corner.

The Volkswagen driver was able to limp back into the pits with minor cosmetic damage to his car.