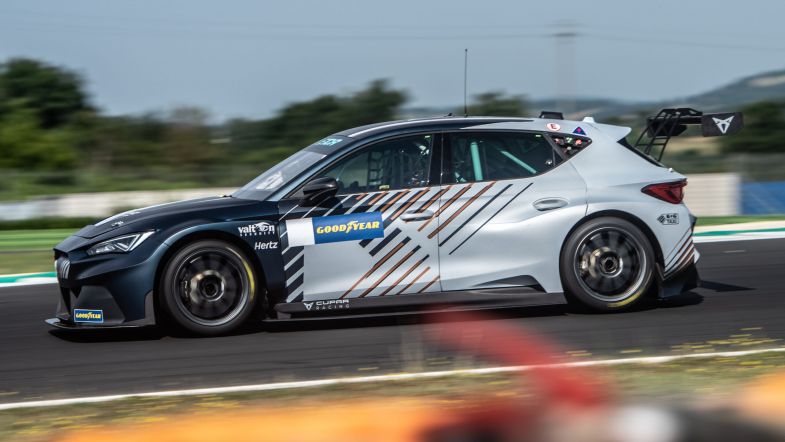 Azcona’s lap time was more than one second faster than team-mate Mattias Ekström who topped the first session.

Farfus’ team-mate John Filippi was third fastest, over a second behind Azcona’s time.

Rodrigo Baptista was fastest of the Romeo Ferraris – M1RA drivers in fourth position behind the wheel of his Alfa Romeo Giulia ETCR, 2,6 seconds from P1.

Jordi Gené was fifth fastest for Cupra while Luca Filippi was sixth and last of the second group, more than four seconds from Azcona’s time.

There is no qualifying, but rather “The Draw”, held at at 21:00 CEST today, where the 12 drivers are randomly split into two Pools, A and B.

This will separate the drivers into two groups for the remaining part of the weekend, with each car being shared between two drivers.

The first round will be held at 10:00 CEST tomorrow.