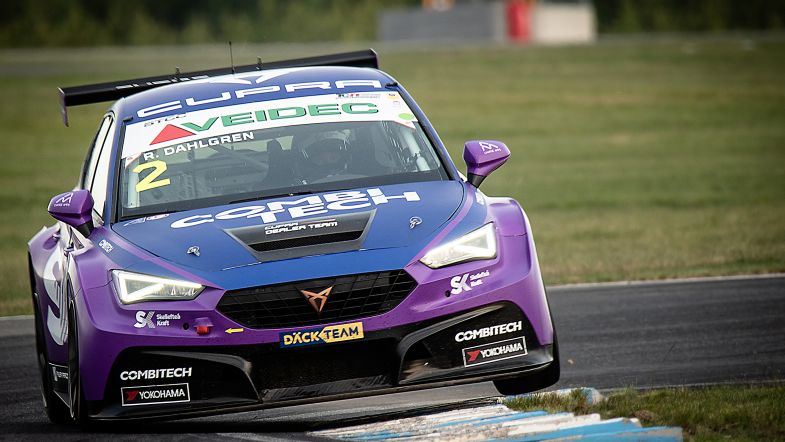 The PWR Racing driver set a new qualifying lap record on his way to further extend his championship lead by claiming the five points for the Q2 pole.

The first session saw him beating Kågered Racing driver Andreas Ahlberg who put in an impressive lap time to be just 0.134 seconds behind Dahlgren in Q1.

Lynk & Co driver Mattias Andersson was third fastest in Q1, close to half a second from pole, with Lestrup Racing Team driver Mikael Karlsson in fourth and Hugo Nerman in fifth.

Nerman had a spectacular off in the dying minutes of the session at Turn 11, damaging the front splitter of his car and rendering him unable to take part in the Q2 session.

There was also drama for Lestrup Racing Team driver Oliver Söderström who suffered a broken driveshaft on his out lap, forcing the team in a race against time to get him back on track before the session end.

The team managed to do so, with Söderström finishing seventh and making it to Q2.

Karlsson continued his strong form for Lestrup Racing Team to finish fourth ahead of Hannes Morin and Ahlberg.

The first race of the weekend starts at 14:50 CEST.