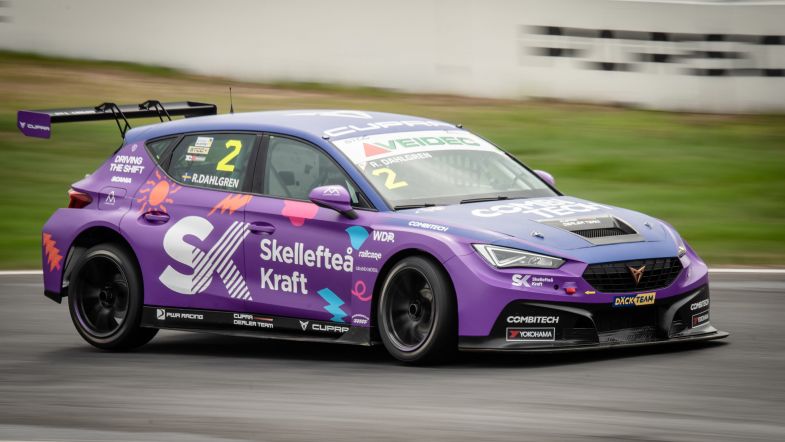 Lights to flag win for Robert Dahlgren in Skellefteå Race 1

Robert Dahlgren was unstoppable in the first STCC TCR Scandinavia race of the weekend at Skellefteå Drivecenter Arena, crossing the finishing line five seconds ahead of Andreas Ahlberg.

The PWR Racing driver started from pole and claimed a lead at the start that he was not to lose.

Disaster struck again for Lestrup Racing Team driver Oliver Söderström who retired on lap four from sixth position due to a technical issue.

There was a tough fight for fifth position between Hugo Nerman and Mikaela Åhlin-Kottulinsky. But the Kågered Racing driver made a mistake and went off, damaging his front spoiler and had to retire.

Mattias Andersson of MA:GP finished third ahead of Volkswagen driver Mikael Karlsson in fourth and Åhlin-Kottulinsky in fifth.

The second race of the weekend starts at 16:40 CEST.