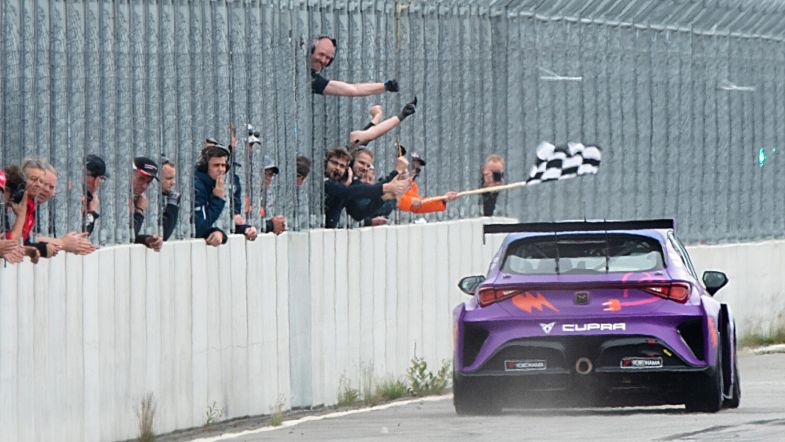 The duo started first and third, with Åhlin-Kottulinsky making the best start of all. The Cupra driver passed MA:GP driver Mattias Andersson before the first corner and came close to challenge Dahlgren for the lead.

Andersson put pressure on Cupra driver Åhlin-Kottulinsky during the first part of the race. But he dropped back as the race progressed and had to watch his mirrors for Hannes Morin and Oliver Söderström instead.

Lestrup Racing Team driver Söderström started seventh but made strong progress up through the field, setting the fastest lap of the race.

Söderström passed team.mate Mikael Karlsson on lap five for position five and set his sights on Morin in fourth place.

The Volkswagen driver caught Morin on the final lap and managed to get past in the penultimate corner as Morin braked too late while trying to pass Andersson for third.

Söderström crossed the finishing line a strong fourth ahead of the Brink Motorsport duo of Morin and Tobias Brink.

The third and final race of the weekend starts at 20:55 CEST with Ahlberg starting from the reversed grid pole position.