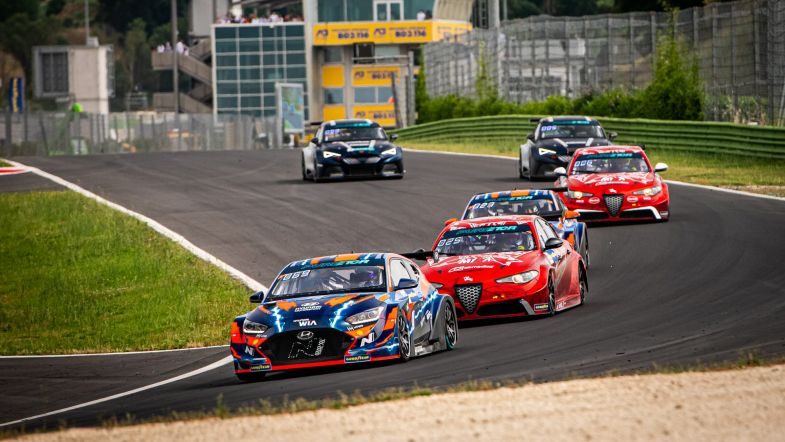 Jean-Karl Vernay never in doubt he could win Super Final

Jean-Karl Vernay made full use of his pole position, which he inherited after Cupra rival Mattias Ekström got a penalty and was demoted to the back of the grid. The Hyundai driver had a good start in the DHL Super Final and never looked back, despite late pressure from the charging Swede. The Frenchman’s target was always going to be winning the race.

“Being a Hyundai driver you always need to have the target to win,” said Vernay to TouringCarTimes.

“We knew that the Cupra was quick but they also started at the back, so I took advantage of my pole position and I was smart with the use of the push to pass. When I saw Mattias (Ekström) in second place I knew I needed even more focus, because I knew they had a bit more rhythm than us. In the end it was a great win for Hyundai and we need to keep working to make sure we are where we should be.”

Despite a tyre issue hitting both Hyundai Elantra N ETCRs in the Pool A Super Final, the Frenchman was not worried about hitting the same problem and just drove a bit more carefully.

“(Team-mate) Augusto (Farfus) was doing a great job, he was not overdriving and he wasn’t too aggressive, it was a bit of bad luck. For some reason it happened and I just tried to be a little more careful, we were also a little more cautious with the tyre pressures but in the end it worked out okay. I just think what happened to him was unfortunate, and it also happened to (Mikel) Azcona this morning, but it’s also part of racing, sometimes things happen and you really don’t know why.”

Speaking of his team-mate, despite sharing the cars they are rivals in the championship, but Vernay believes both he and Farfus are professional enough to focus on beating rival brand Cupra rather than battling for personal honours:

“We are professionals, we need to be fair and we work for a factory team, so the most important thing is that one of us wins. I will always root for him when he’s racing and hopefully he will do the same when I race, our goal is to beat Cupra and I’m sure it’s the same for my team-mate, and that will never change. We also can’t change the setup, so we need to make sure that we have a similar feedback and feeling with the car, which is also part of why we share the same car.”