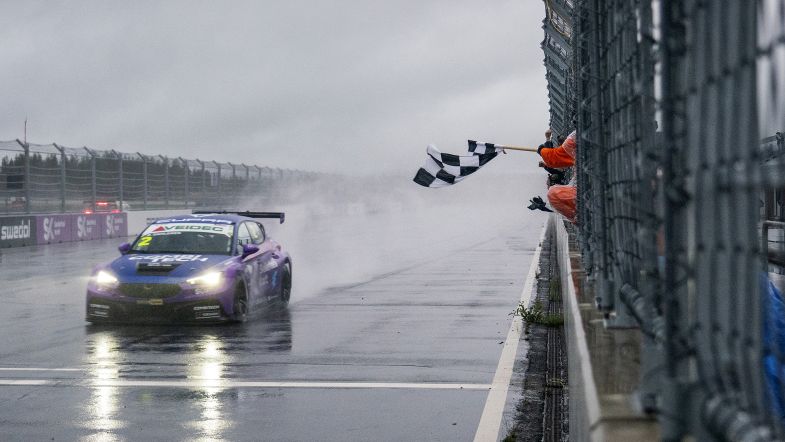 Robert Dahlgren after his 100th STCC podium: “It’s been an insane weekend”

Robert Dahlgren continued his domination of the 2021 STCC TCR Scandinavia season by scoring two wins and a second place during his home race weekend at Skellefteå Drivecenter Arena.

And the second place finish was his 100th STCC career podium.

“It’s been an insane weekend. What a bloody car the team has given me, it has been perfect,” said Dahlgren.

Dahlgren started his STCC career in 2004 with Volvo and has raced there since then, bar a couple of seasons in the V8 Supercars and WTCC.

It was not until 2017 that he score his first STCC title after switching from Volvo to Cupra and PWR Racing. He is currently heading the standings by 39 points over Tobias Brink after winning four of the first six races this year.

“I didn’t know that I had scored my 100th win, I thought they were trying to jinx me before the race,” said Dahlgren.

“But of course, it feels great. Although my main goal this year is obviously the title and we’re working very hard.

“While we’ve had a great start to the season, there is no relaxing. I’ve been in this game so long that I know things can quickly change and we need to be on top of our game until the very last race.”