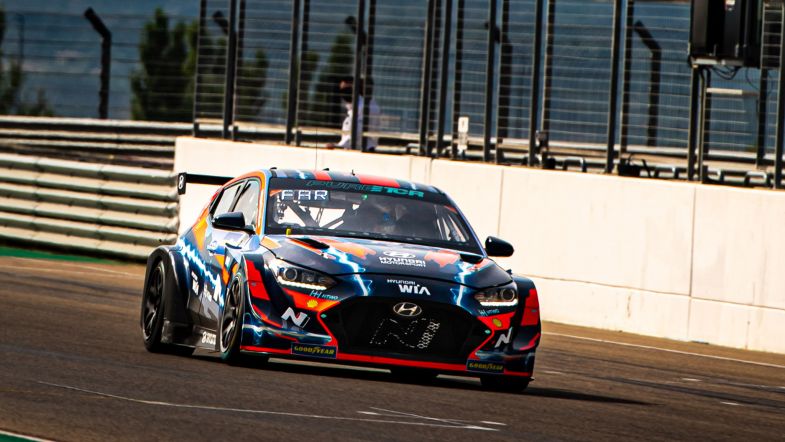 Hyundai Motorsport N driver Augusto Farfus and Cupra X Zengo Motorsport’s Mattias Ekström claimed the Pool A Round 1 victories at the Hungaroring, host of the fourth round of the PURE ETCR season.

First on track was the Pool A Round 1 battle featuring Philipp Eng at the wheel of the Alfa Romeo Giulia by Romeo Ferraris, Farfus with the Hyundai Veloster N ETCR and Jordi Gené driving the Cupra E-Racer from Cupra X Zengo Motorsport.

Farfus got ahead at the start ahead of Eng and Gené, with the Austrian launching his Alfa at Turn 1 to take the lead and Gené also missing the braking point.

Farfus powered up on the second lap and attacked Eng, overtaking the Austrian after putting his Hyundai on the grass. The hostilities between the two weren’t over as Eng again attacked Farfus on the last lap but was unable to overtake.

The Brazilian took the victory in the battle 1 just 0.588 seconds ahead of Eng, with Gené in third, 1.164 seconds behind.

For Battle 2 Ekström (Cupra e-Racer), John Filippi (Hyundai Veloster N ETCR) and Luigi Ferrara (Alfa Romeo Giulia by Romeo Ferraris) took to the track, with the start delayed because of a technical issue.

Filippi took the lead at the start but was quickly edged by Ferrara, with Ekström sitting in third. The Swede made the most of the power in his Cupra to overtake at the main straight and overtake his rivals for the lead on lap one.

Ferrara struggled in the middle section as Ekström opened a gap, with Filippi also dropping back in third place. The Italian went wide at Turn on the second lap, with the Hyundai driver coming side-by-side, but the Alfa driver managed to fend-off the Hyundai.

At the chequered flag Ekström took the Battle 2 victory ahead of Ferrara and Filippi, who crossed the line within two-tenths of each other.

Next for the PURE ETCR will be the Pool B battles, scheduled for 11:35 CEST.